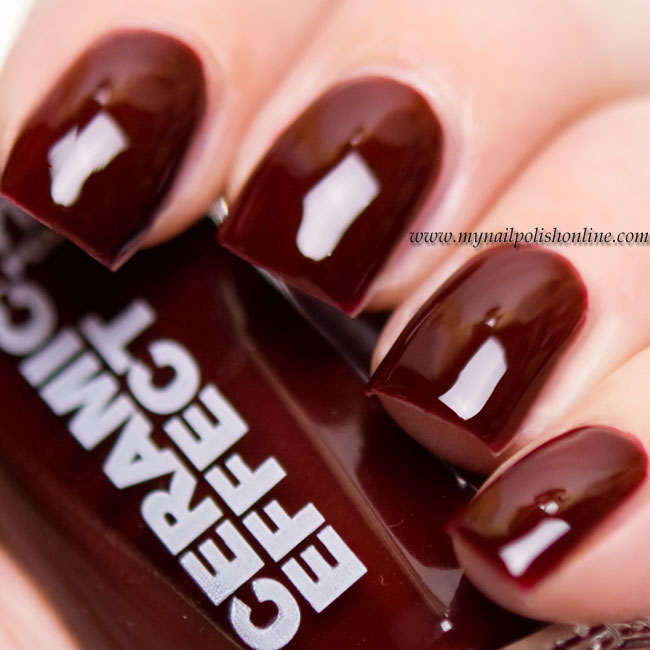 You’ve already seen my shorties yesterday but these pictures are taken exactly after I’ve shorten my nails so they are the shortest :P . I must say I quite enjoy short nails once in a while so I decided to cut them short instead of trying to repair the broken nail. Repairing nails can make a whole difference as the nails keep growing but sometimes it’s just not worth the trouble.

The first polish that I wanted to try on my shorties was Layla – Vamp red which is a stunning dark vampy red jelly that covered in two coats. This is one of the Ceramic Effect polishes and loved how shiny it stayed after wearing the polish for a couple of days! I’m used to changing my nails quite often but I enjoyed wearing this polish so much that I decided to keep it for several days.

I surprised myself by wishing to stamp on this polish so I chose one of the MoYou plates that I’ve bought last spring from Edgy Polish. The plate is coming from the Fairytale collection and it’s no. 05. The polish used for the stamp is Gosh Holographic Hero. 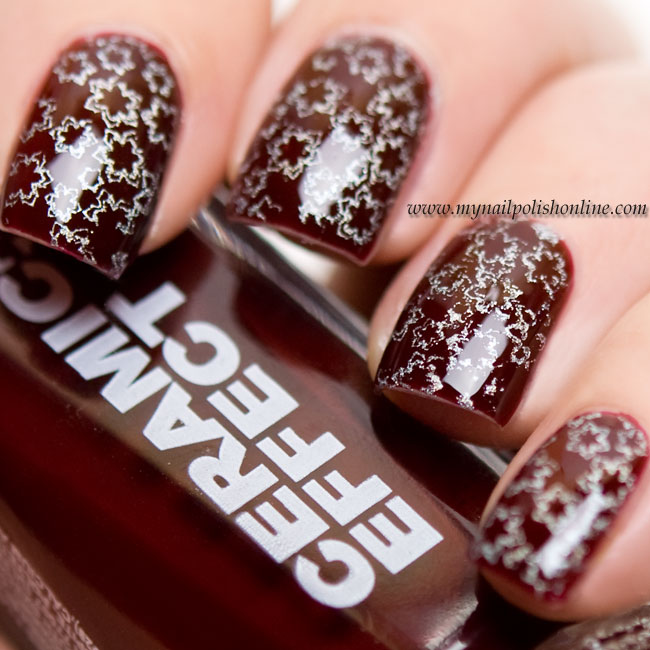