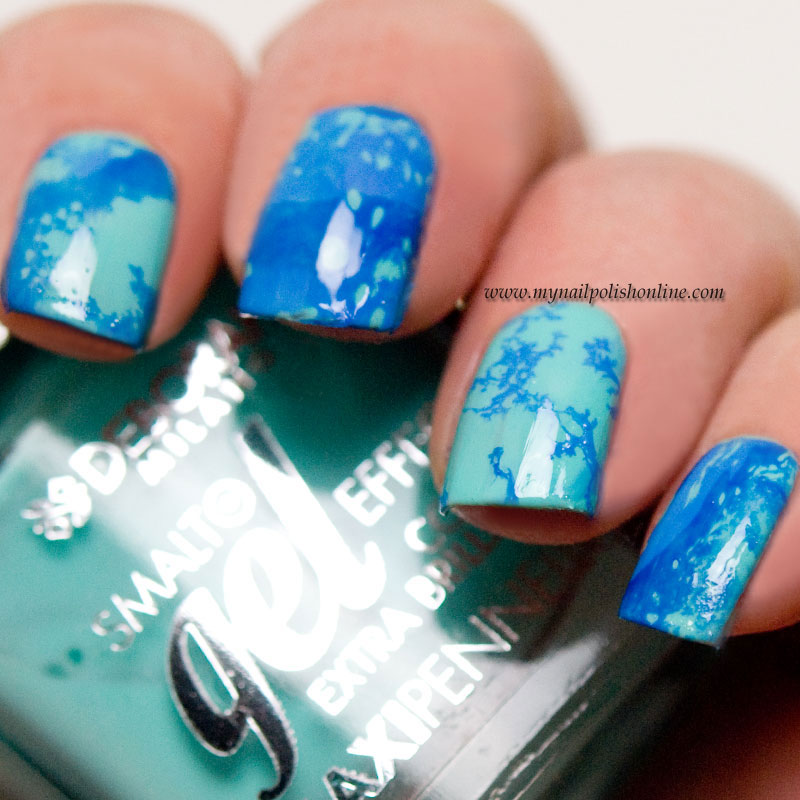 In this week’s guest post at Eleven.se I’ve combined some of the Deborah polishes that I’ve been showing you during the last weeks in some kind of a water spotted manicure. I’ve combined a little bit of water marbling with the water spotting technique creating a marbled look. Here is how I did it:

To see my guest post at Eleven.se containing swatches of the used polishes, take a look here.