I’m so excited as today I’m starting the 31 Day Challenge 2013 which I’m planing on doing one challenge a day for the next 31 days! It was last year in September that I saw Sarah from Chalkboard Nails doing it and ever since then I wanted to do this. When I saw that Sarah was doing it again this year and that she invited us all who wanted to participate to join her I had to try. I’m really nervous for some of the themes but hey, it’s a challenge, it’s supposed to challenge the creativity and the nail art skills!

The theme for Day 1 is Red Nails and I started with the beautiful ivory base OPI – My vampire is Buff. I painted the flowers with IsaDora – Red City (I’ll have to wear that red on it’s own sometimes!) and then used some acetone on them to create the water color effect. I continued to add some more (darker) red using A England Rose Bower in the middle and then added some black dots (using OPI – Black Onyx). 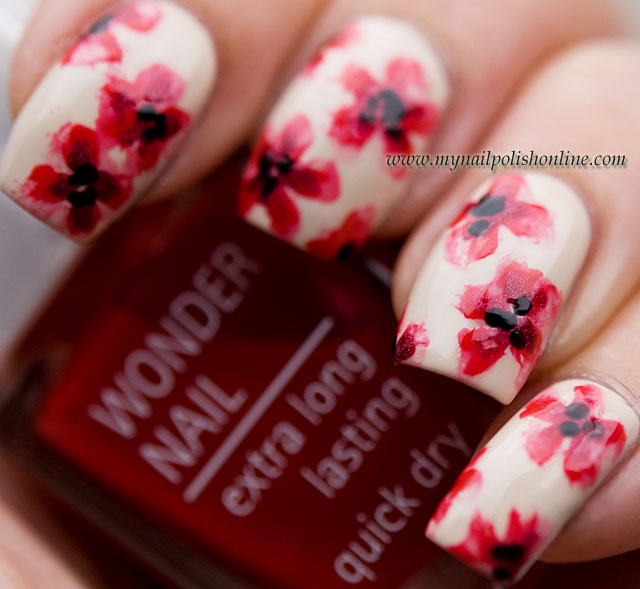 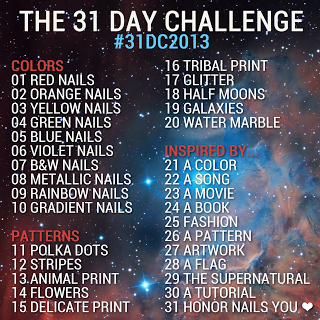