Today’s Nail Art Sunday is all about Converse! I was surprised by the theme but kind of happy too because I’ve wanted to try the “classical” converse nail art but I thought it was a little bit time consuming so I was thinking “maybe later” lol. I’ve seen it done the other way around with white nail tips but my nails are squared and I wanted the white part to be round so I turned the design upside down. 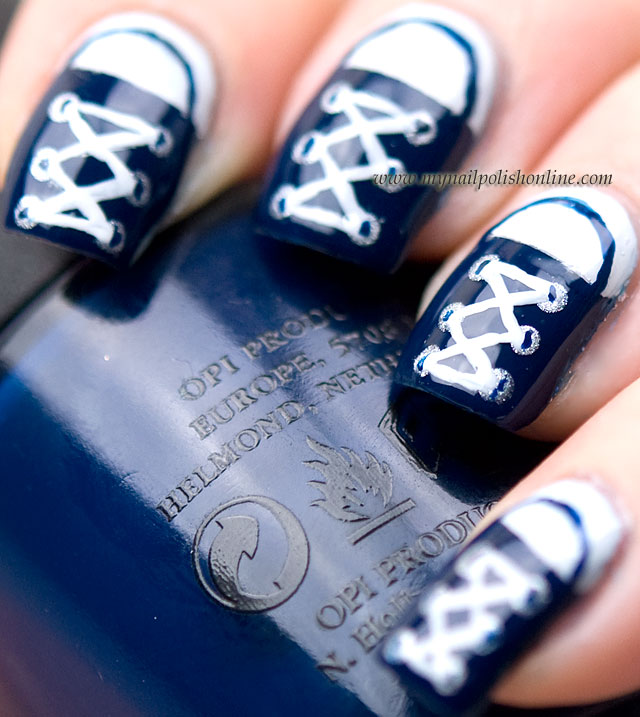 For the base I’ve used the new dark blue coming from OPI named I saw… U saw… We saw… Warsaw, which is a beautiful dark blue polish released with OPI’s Euro Centrale collection that is very pigmented and covers in one coat. The white is OPI – My Boyfriend Scales Walls (I’m definitely needing a backup of this polish, I’ve already used 1/3 of the bottle and I‘ve only got it last summer!!) The silver dots are made with Isadora – Star Glaze. 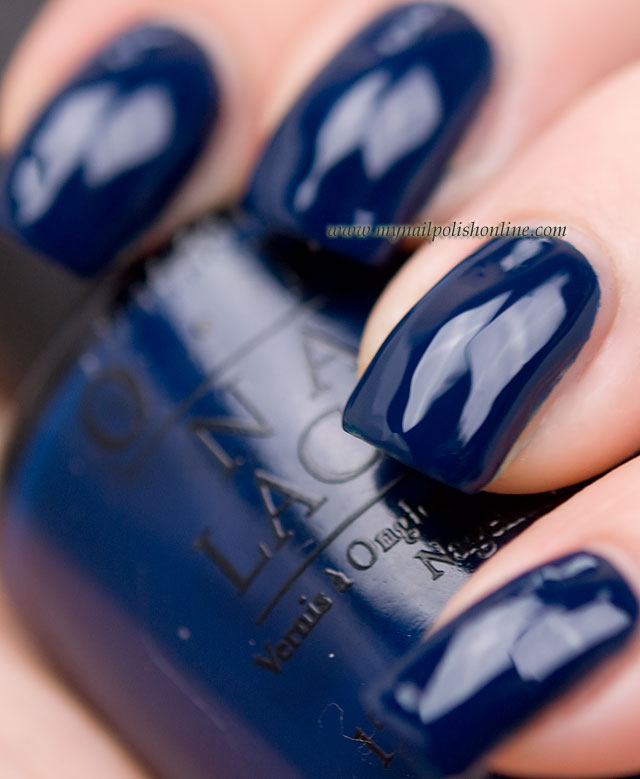 OPI I saw… U saw… We saw… Warsaw comes from Eleven.se and can be found here.