When I saw Zoya Logan and Color Club Ho-Ho-Holly next to each other I knew they must be very similar! Then I took a picture of the bottles and started to wonder if they really were that close to each other colorwise. It looks like Ho-Ho-Holly is a little bit lighter leaning towards gold than Logan. 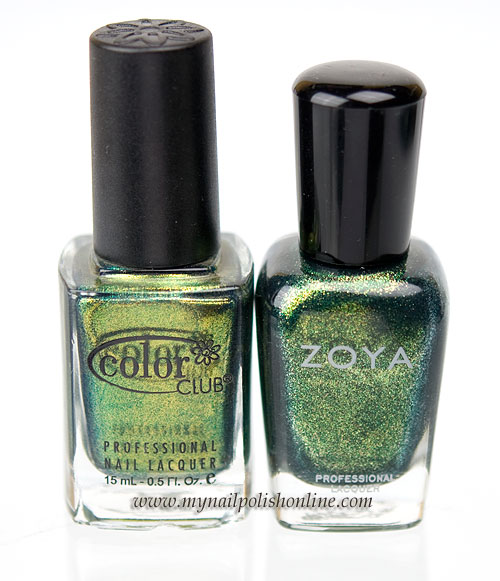 After painting them on the nails I could barely see any difference. The small difference was more obvious after the first coat when Logan showed a little more blue tone and Ho-Ho-Holly a more golden/yellow tone. In the picture I’m wearing two coats of both Logan and Ho-Ho-Holly so the opacity is very similar. The same goes for the application, there was no problem what so ever with that. I would say they aren’t quite dupes but they are close enough to only “need” one of them if you don’t have both already. 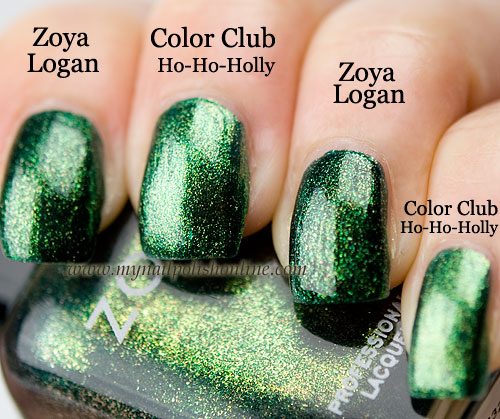 Do you have any of them? If not, are you going to get at least one of them? Which one?