I started this manicure with a white base coming from Sweden Nails named White Snow. This was one of my favorite whites for a couple of years ago when I had my white nails summer period. I just loved white nails and I still do. Putting this white on my nails made me realize how much I really wanted to wear white nails again. Let’s say you’re certainly going to see some more whites soon :P

After the base had completely dried, I started applying brush strokes with the four pastels coming from CND Vinylux’s collection Chic Shock. The combination made me think of the 80’s and I was starting to think this manicure was going to end up like a disaster, but I continued anyway, because I was just too curious to see how these decals would look on such a background.

Let’s just say that the water decals changed the feeling of the manicure totally and I’m glad I went on applying them, because I love the end result.

I think we’ve had these decals at Saijtam for a while and I have thought of combining them with a similar background for quite a while, so when I finally used them I just loved how the manicure ended up. 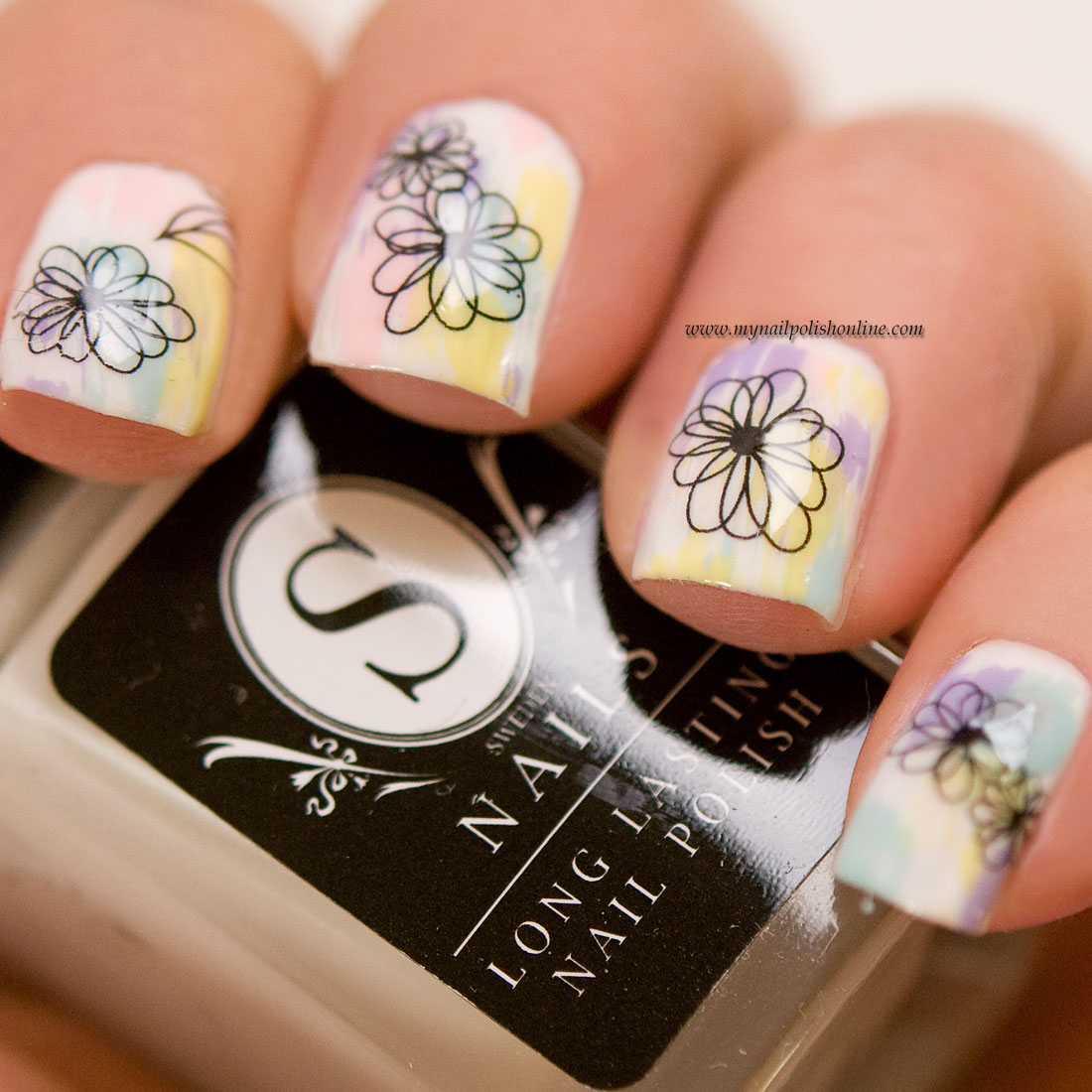 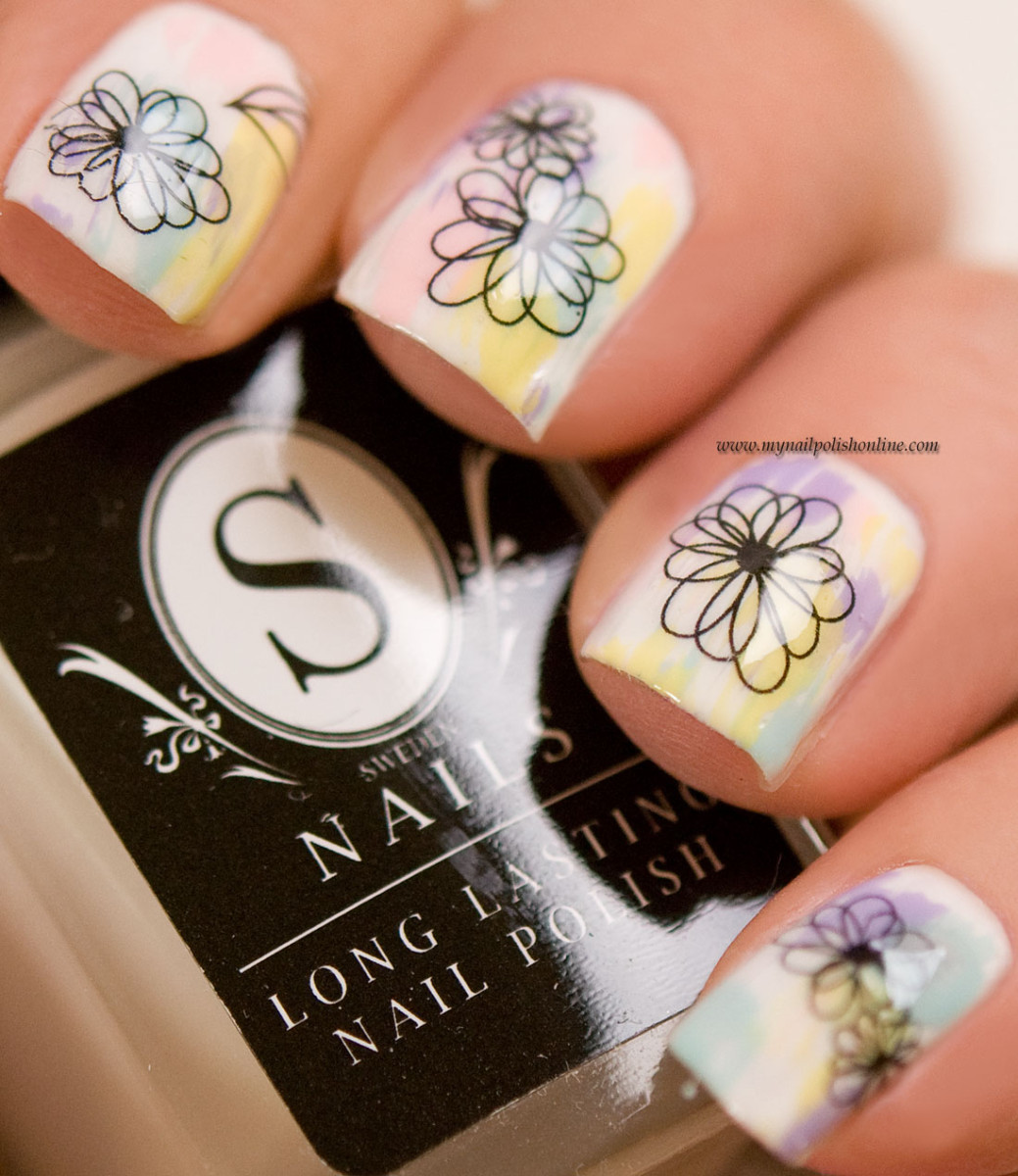