I’ve missed stamping during the last couple of weeks while wearing all the beautiful Pink Gellac polishes (more swatches and reviews about Pink Gellac are coming soon on the blog). I’ve been enjoying stamping for a little while now and after looking at my result now I realize that I need to practice more! Yay for that LOL.

The manicure down below has a beautiful nude base coming from OPI. The polish is called Coconuts over OPI and it’s such a beautiful nude that I almost considered wearing it on its own. The next time I feel like wearing a nude I’m certainly going to reach for this one.

The stamping polish that I used comes from L’Oreal and it’s called Grenat Irreverent. It worked nicely over that nude base. As a stamping plate I used a MoYou one called Fashionista 08. 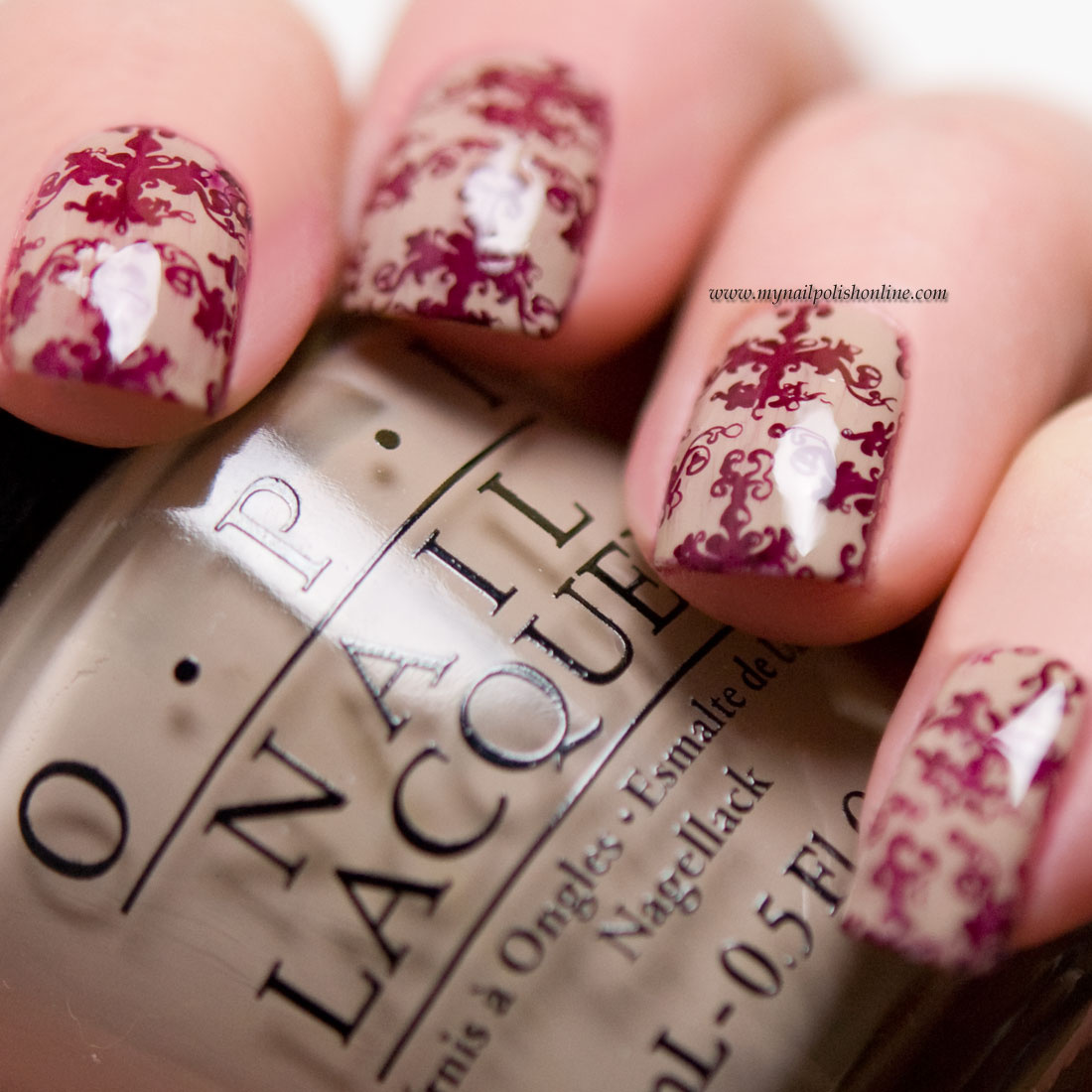 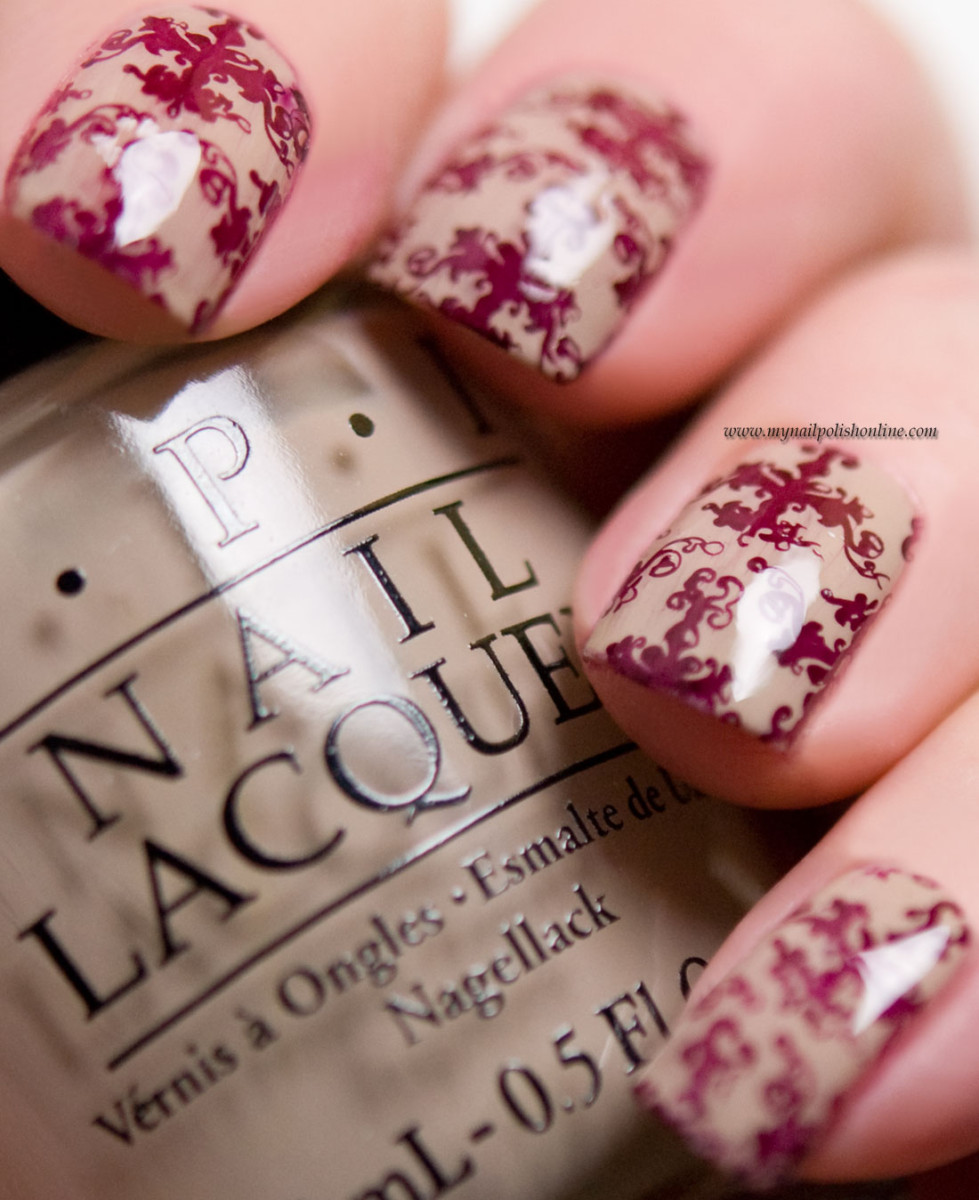