This time of the year, our nails, cuticles and hands need a little extra care due to the unfriendly winter weather. We’ve had temperatures down to -10/-15 degrees Celsius these days in Sweden. That’s a lot, huh? After I looked into my weather app I realized that the perceived temperature is supposed to be around -20 degrees! Together with the dry air in the apartments or the offices, the harsh weather takes its toll on our hands and nails.

That’s where the nail oils come in. Nail oils  save my nails from being brittle and make my nails and cuticles look healthy.

During the last month or so I’ve tried a new to me cuticle oil, the famous CND Solar Oil that has recently come in a new design. I’ve also tested CND’s Cuticle Eraser and CND Scrub and Lotion. I’ll be talking more about them in a future blog post.

CND Solar Oil is said to go deep into your nails and skin which helps both the nails and the cuticles from the inside out. That means that the active substances which are the jojoba oil, the almond oil and the vitamin E can help the nails to get stronger, moisturized and less brittle.

My nails and cuticles love this oil right now. I’ve taken the habit to apply the oil in the morning, right before I get started at my computer. That means I’ll be smearing some oil on my computer, but that’s OK :D I usually remove the excess oil from the computer after a while.

A more common way of using the cuticle oil is to apply it right before you go to bed. You could also massage the oil into your cuticles, removing the excess oil that way. The increased blood circulation around your cuticles is also beneficial to your nails.

Another thing I just love about this nail oil is the marzipan smell that probably comes from the almond oil. Mmm! Love!

In Sweden, the CND Solar Oil can be found at CND’s Swedish Homepage. 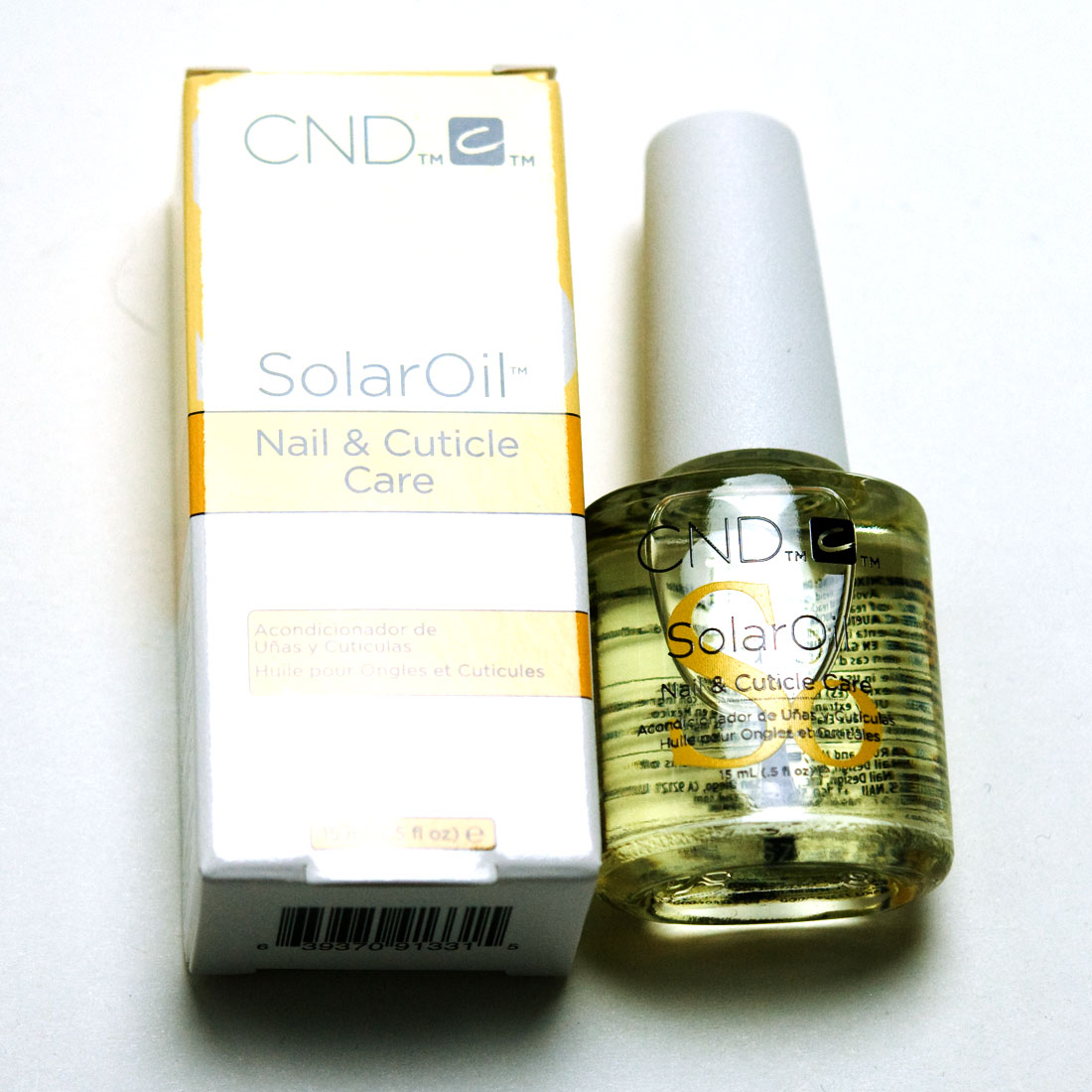