When I was in France last year we went to watch a movie and the movie was “The minions”. That was kind of an unexpected movie to see but it was really fun. I decided to look up some nails with the minions on them and try to recreate them. There are many tries at the minions and my choice was this manicure. I haven’t actually done exactly as in the movie (I’ve done the gray of the eyes with a big dotting tool instead of a nail art brush) but the inspiration is definitely coming from those nails.

I absolutely loved how these fellows turned out so I kept them an entire day at work. Now I’ve changed them again but it was lots of fun wearing them.

I used the following polishes for my minions: 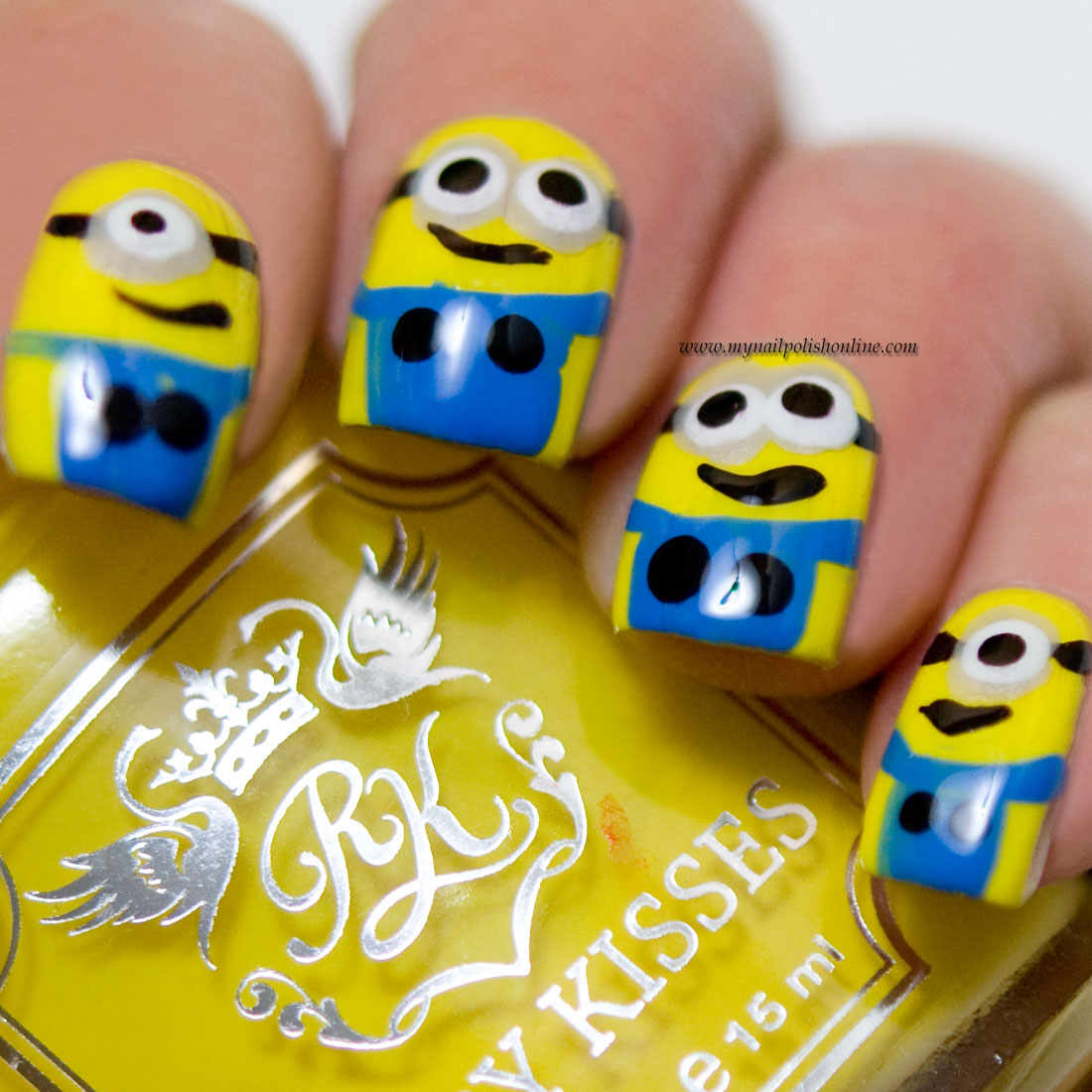 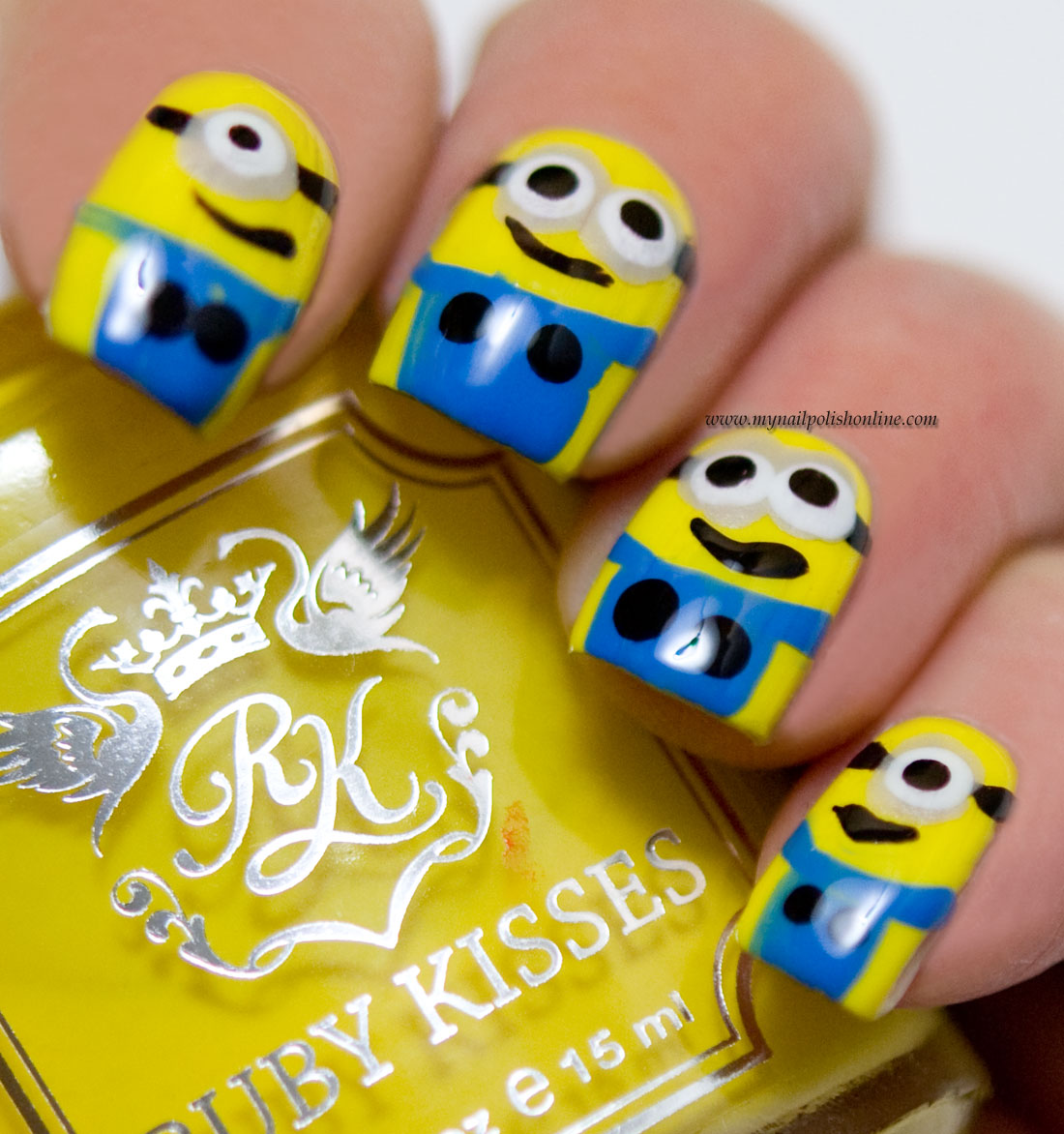