Do you think this looks like water marbling? Well, it is :D It’s an experiment trying to water marble in a different way. I started by dropping the colors onto the water surface then I stopped dipping my nails in the colored rings. I’ve done another similar manicure with other colors (coming as a guest post at Eleven.se in the future) but those polishes behaved differently producing equally wide circles! I thought these would behave the same way but I was in for a surprise when one of the greens took over leaving only a small line for the yellower green! I thought it looked cool though so I used that pattern.

The polishes used this time are: 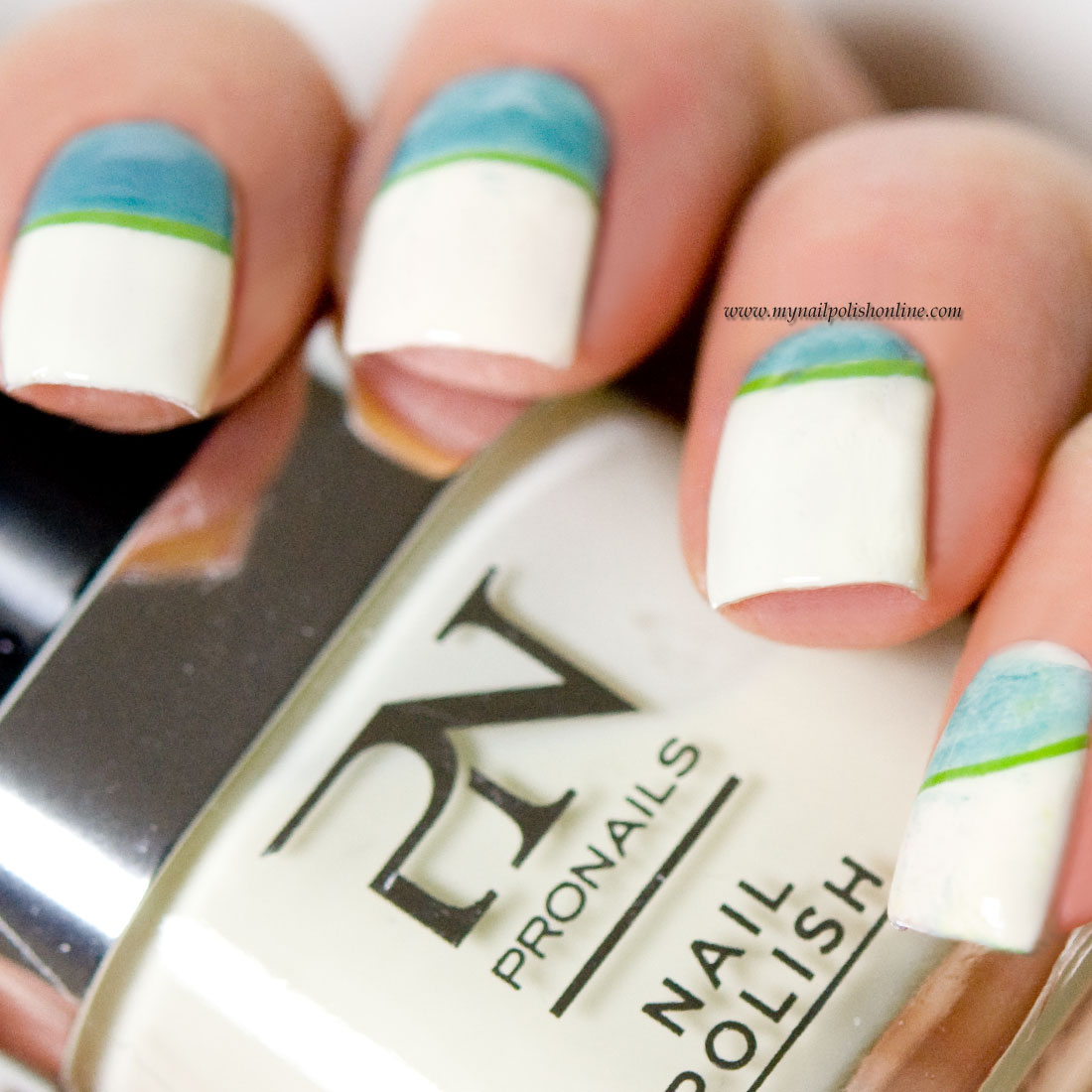