I’ve told you that I have a crush on matte nails right now, so this is my next manicure that I’ve topcoated with a matte topcoat! I used the peachy Tip Toe through the Tulips that I’ve shown you the other day as a base and then I started doing flowers with the orange Zoya Cam and the gray-ish Essie – Greige Amoureux. I also did some half-moons on the side with Greige Amoureux, a design that I’m returning to from time to time and that I love.

Adding a matte topcoat really added something extra to this manicure, at least in my eyes. I’ve used the same matte topcoat that I used for yesterday’s nails – Maybelline Matte. 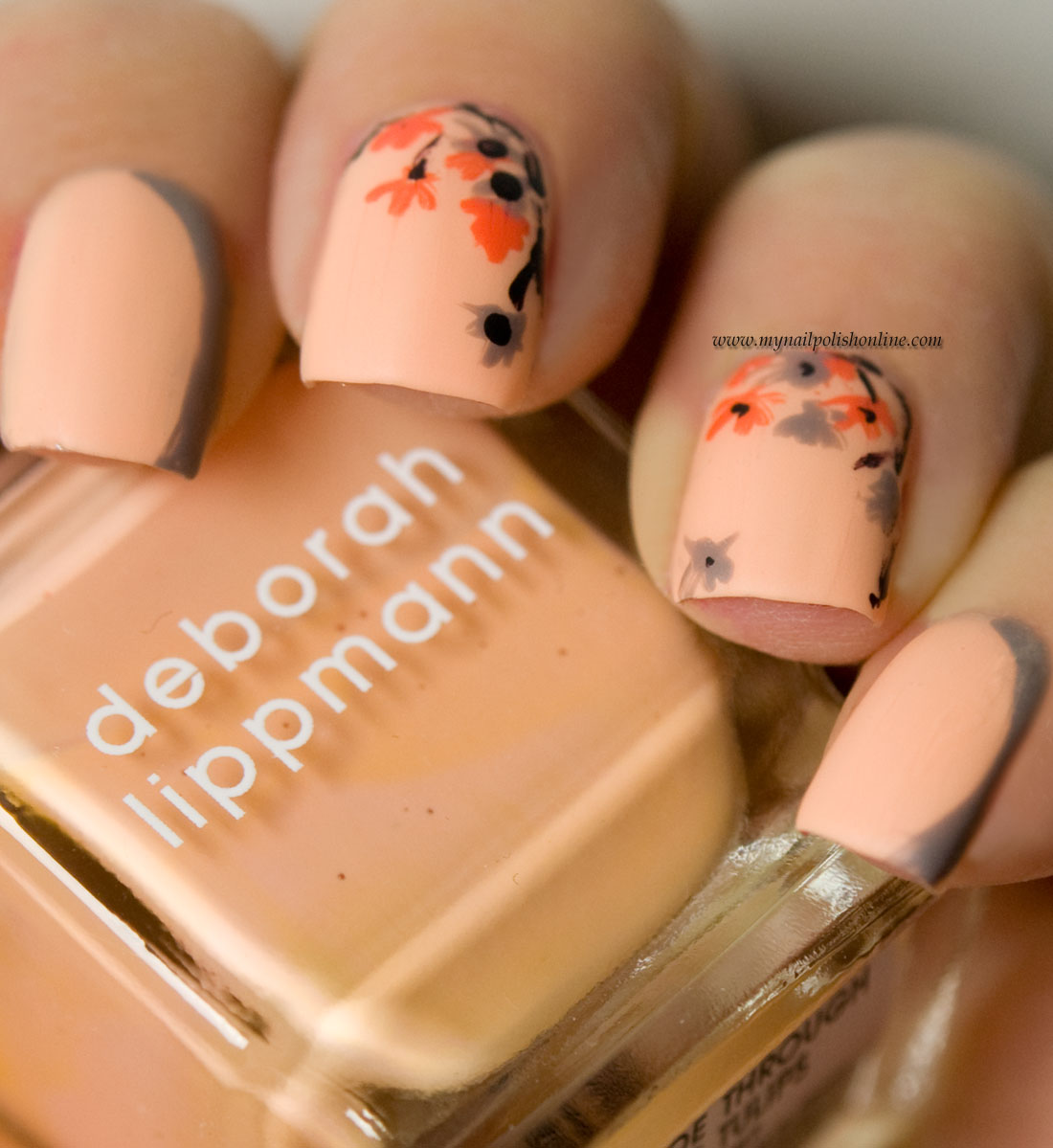 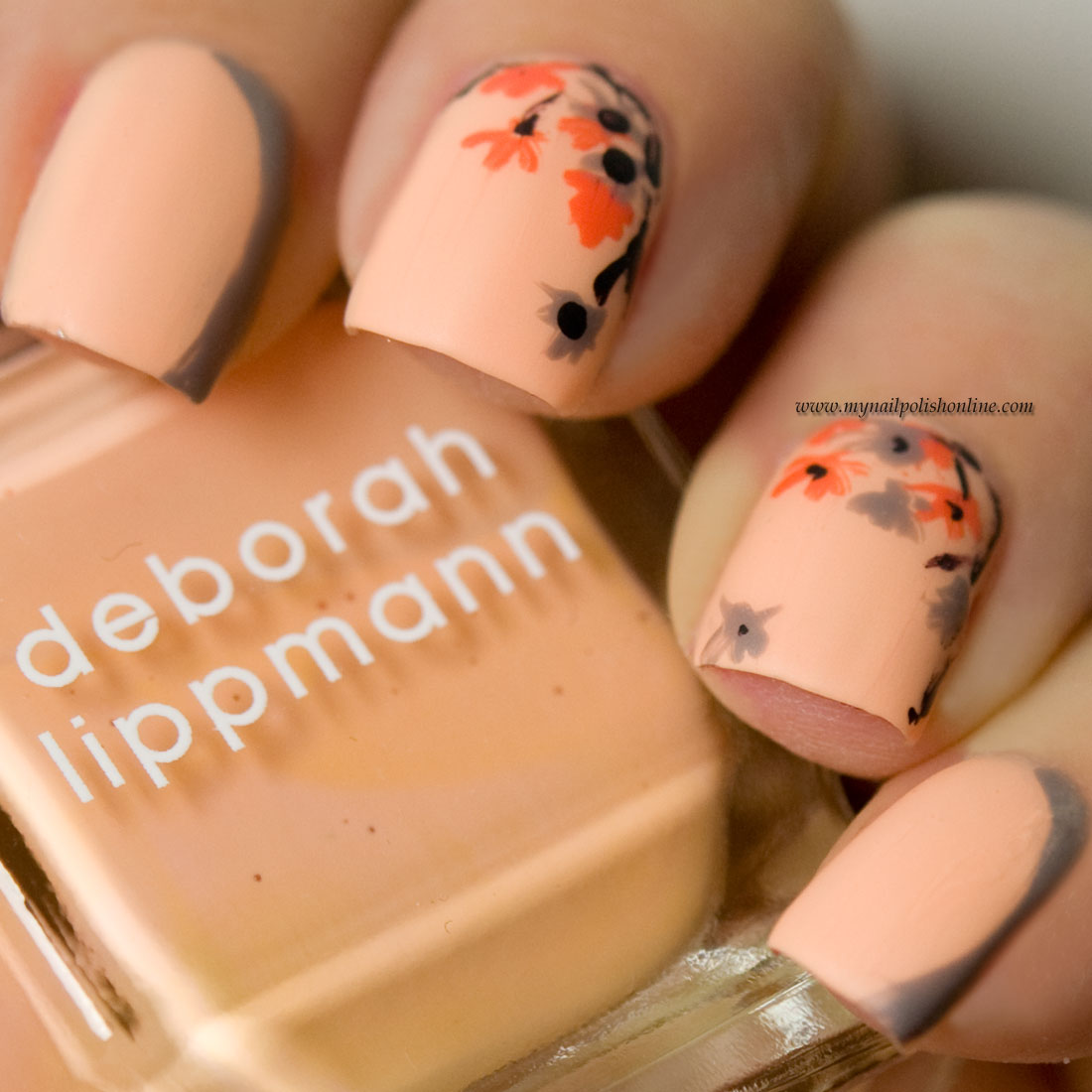