I’m so excited to have started this year’s 31 Days Challenge! During my preparations I’ve actually realized a couple of things, like the fact that I might need new nail art brushes and that I absolutely LOVE matte nails!

So today’s nails are matte and very easy to do! I started with the red from Aden called 10 and I used some nail guides that are supposed to be used for French nails. I wanted some kind of curve to the nail tips, not just a straight line so I thought these guides would work nicely for that. The curve didn’t actually show up in the end but I loved the end result anyway, haha. The silver is Mercedes from Sweden Nails and the matte topcoat is Matte from Maybelline. 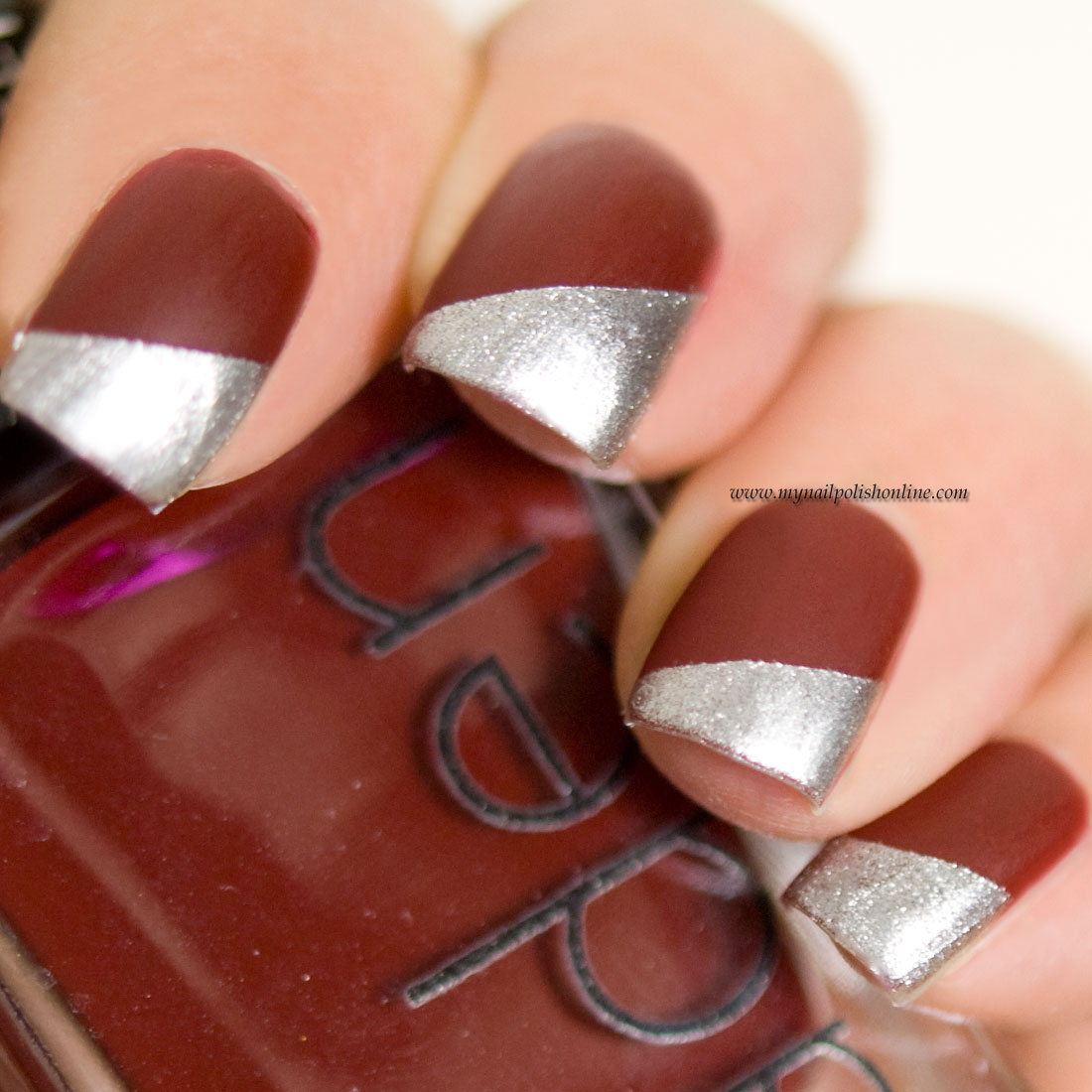