I don’t know why I associate dream catchers with summer! Maybe it’s because of the dreamy, airy feeling I get while I’m wearing them. Anyway, it was such a long time ago since I’ve done dream catchers that I thought it was time to do another manicure with them. I chose a watercolor background, using my currently favorite white from Sweden Nails – White Snow for the background. Then I used Ciaté’s blue polish Pool Party for the watercolor technique and that was it for the background!

I painted the dream catches with the same blue that I used for the background, undissolved this time. I thought I needed some contrast to the blue for the feathers so I chose UNE – C16 which is a brown polish that I thought worked nicely together with the intense blue shade.

Both the watercolor technique and the dream catchers are described in my nail art book “Basic Nail Art Techniques and how to combine them”. 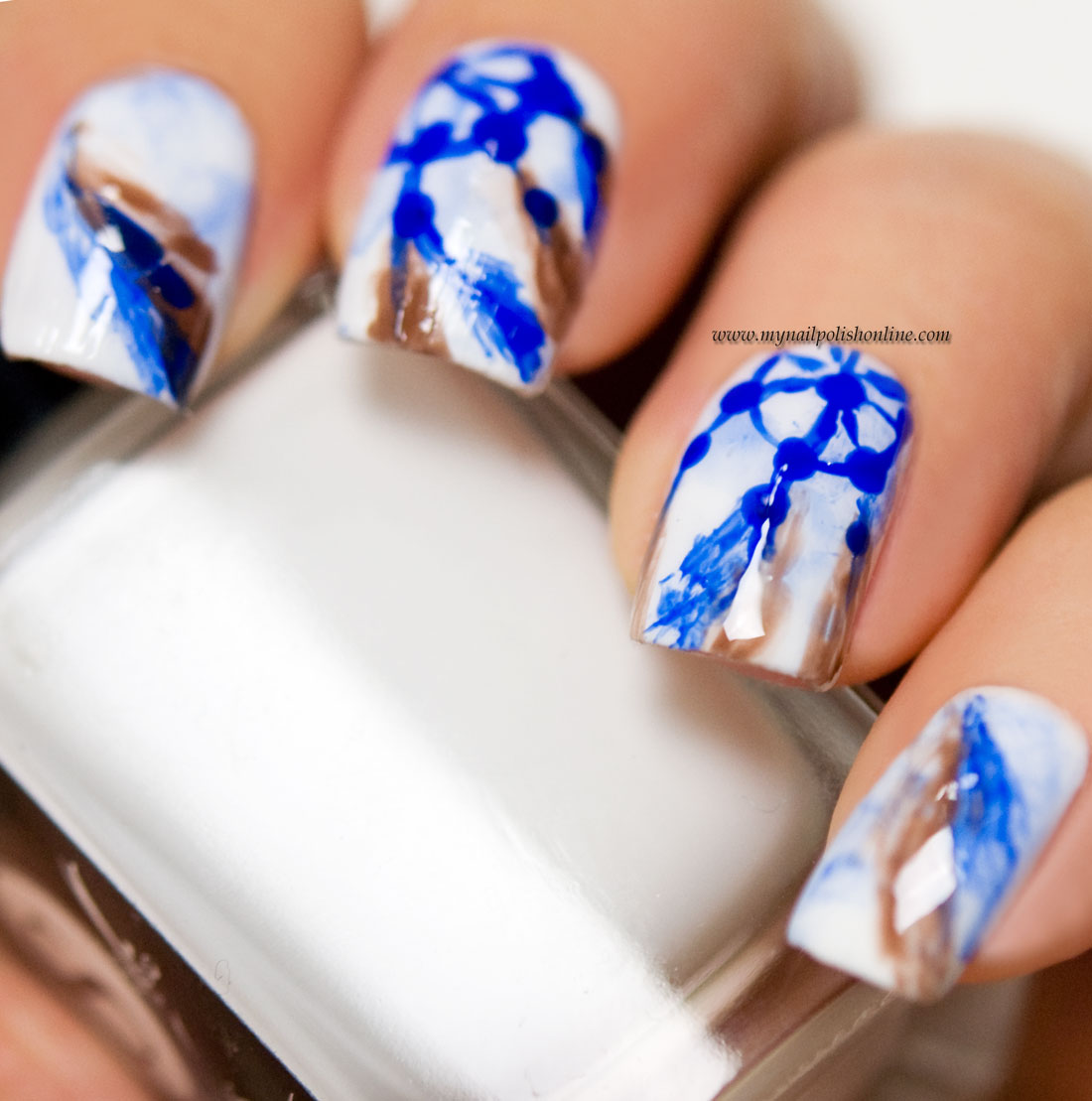 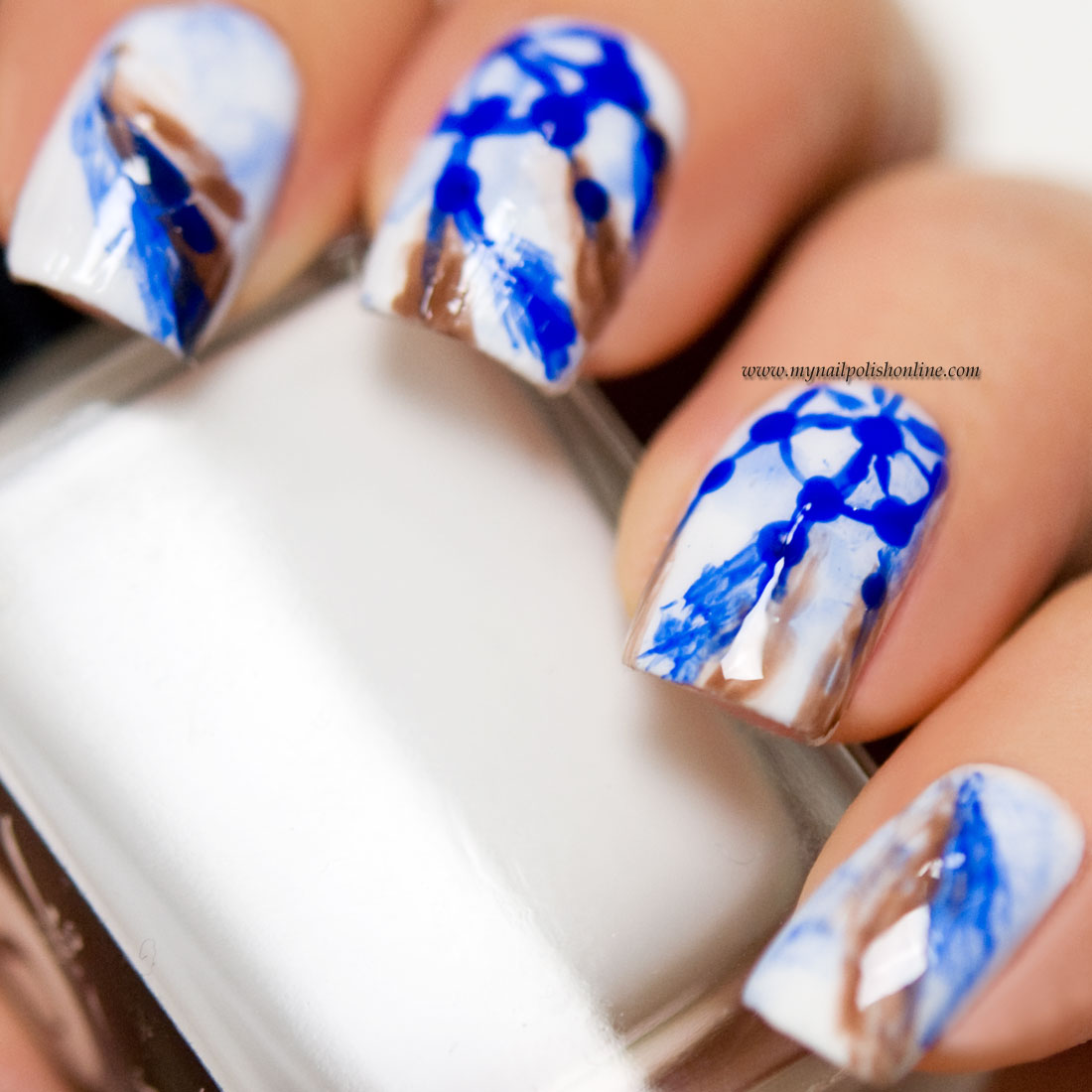