I have a few water decals pictures left to do for Saijtam.se from the ones that we last took in so I thought it was time to do this floral one today. The flowers are tightly placed on the sheet so you’ll have to cut around them with a pair of scissors. Also they are not separated with different plastic backgrounds so you’ll have to trim them around the flowers.

I was going to do a pink background for these but the more I looked at them the more I realized that a white base would look best. Maybe it’s my bias towards whites! You know how much I love white nails ;)

The white is coming from Sweden Nails and it’s called White Snow. 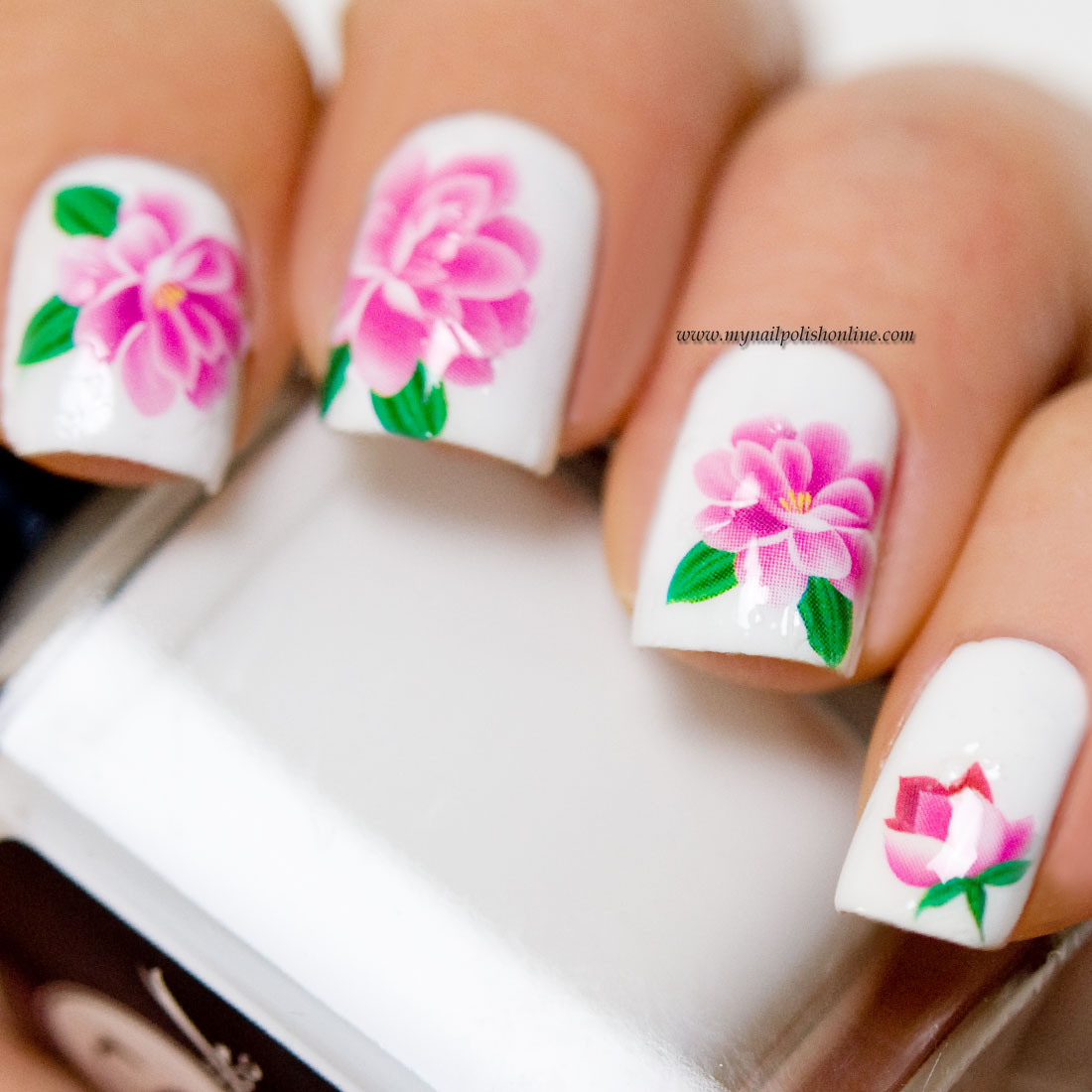 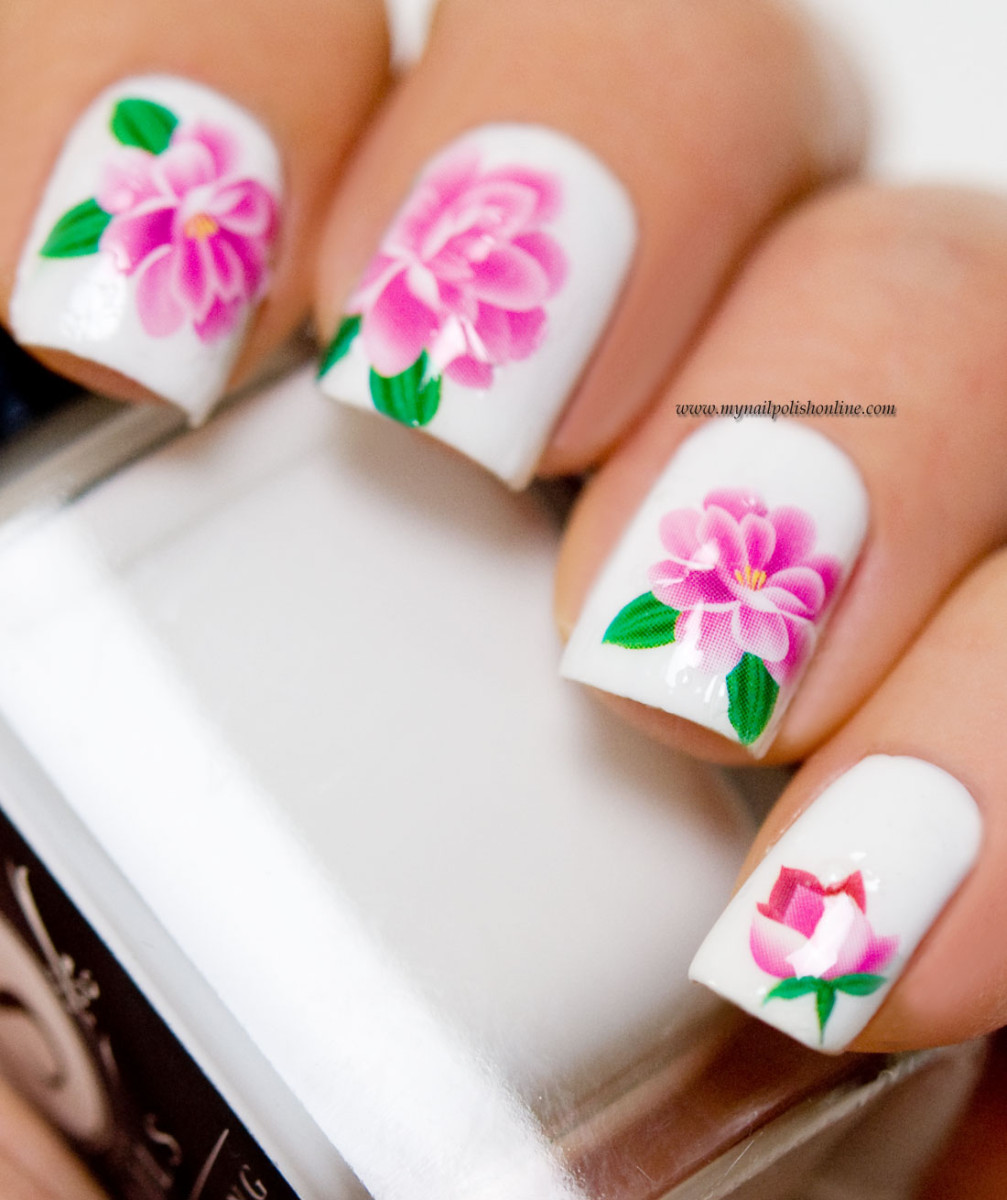