The moment I’ve got my nail polishes from Sweden Nails I was in love with the pastel colors and how they looked together. I’ve worn them separately and you’ve seen swatches of them but I also needed to try them on as a combination manicure, or a skittle. Originally, I was thinking of doing a water marbling with them but that was before I tried the pink “Sparkling Pink” on and realized it was never going to work since the pink was way too sheer to be visible in such a combination. I might do a water marbling in similar colors though since I still want to try something similar on.

What you see on my nails is:

I loved wearing this combination, both color-wise and because of the roses. 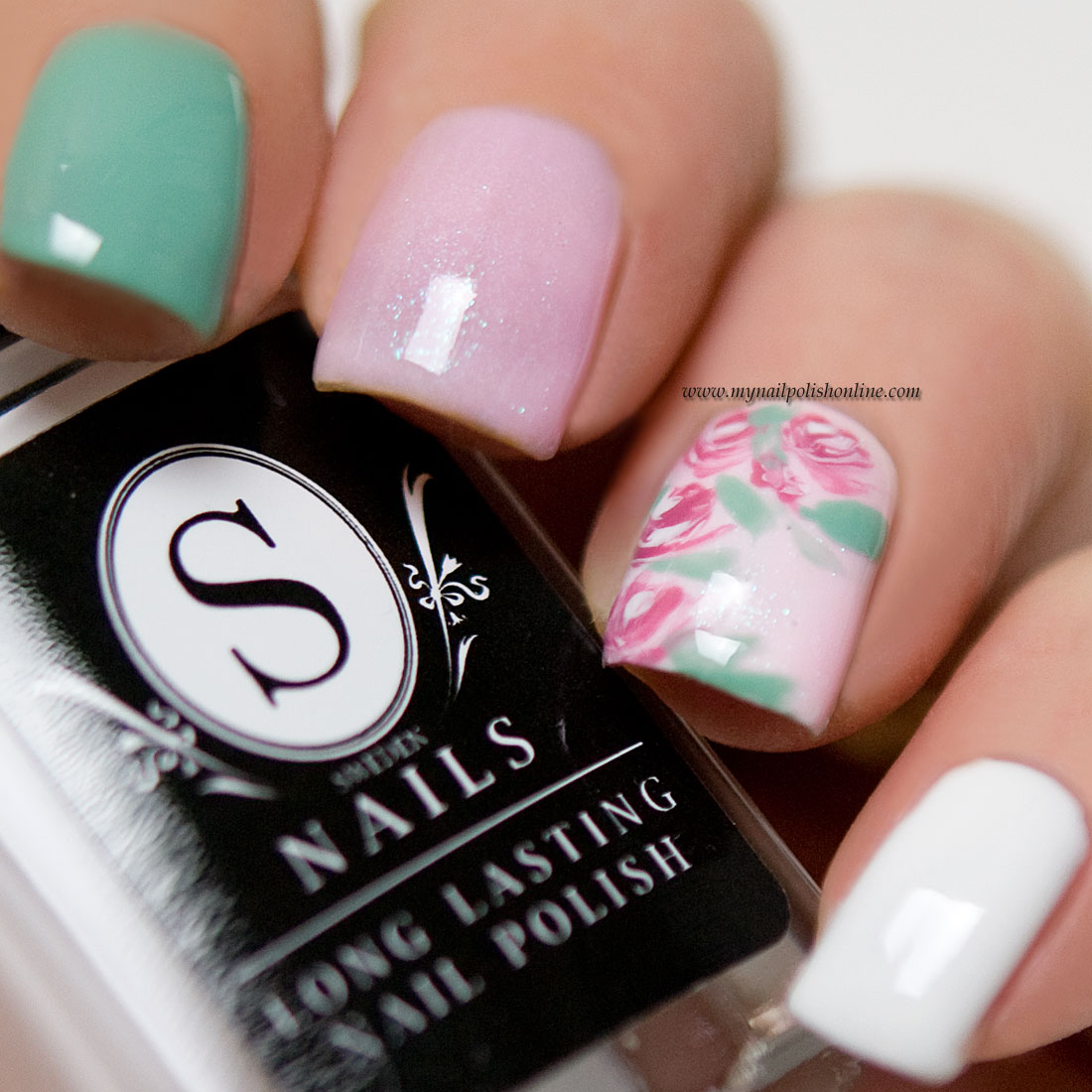 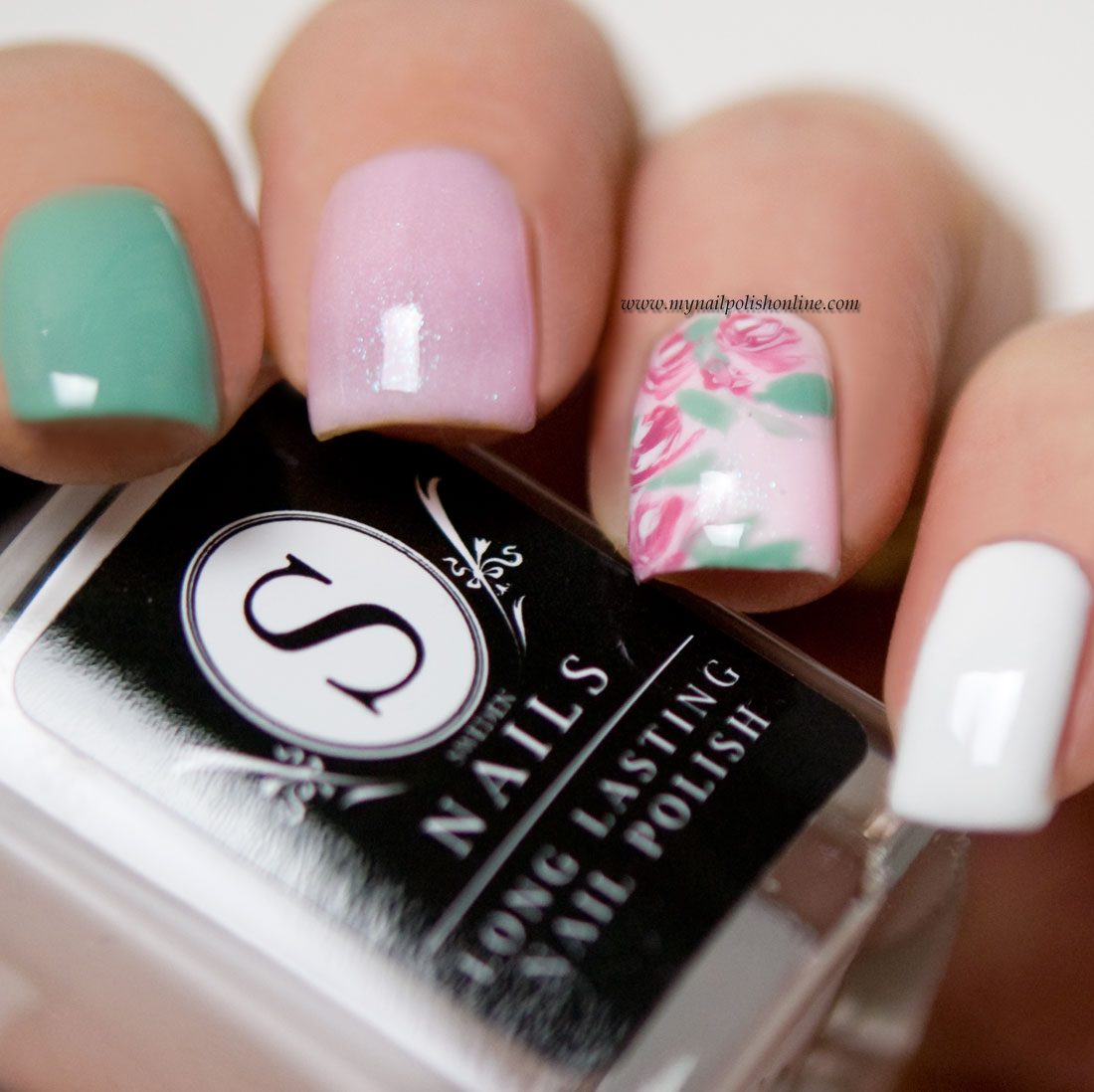