Lately, I’ve been longing for wearing light colors. I haven’t worn so many nail arts during the last couple of weeks (which shows on the blog too) but this is one of the few nail arts that I’ve worn. It’s actually done as a guest post for Eleven.se using a couple of Ga-De polishes that I’ve showed you earlier on the blog, the light and beautiful Angel Wings  and the dark antique silver with the name Vintage Silver. The contrast between these two polishes is a little greater in person than on the picture but you get the idea ;)

I wanted to do some kind of a gradient dotticure, with a larger amount of dots at the cuticles than on the nail tips. I also had dots that overlapped other dots even if I didn’t do so many of them. It’s actually time to do more polka dots! It’s been a while and they are so fun to do and to wear that I just can’t ignore them!

To read (in Swedish) and see the entire guest post take a look here. 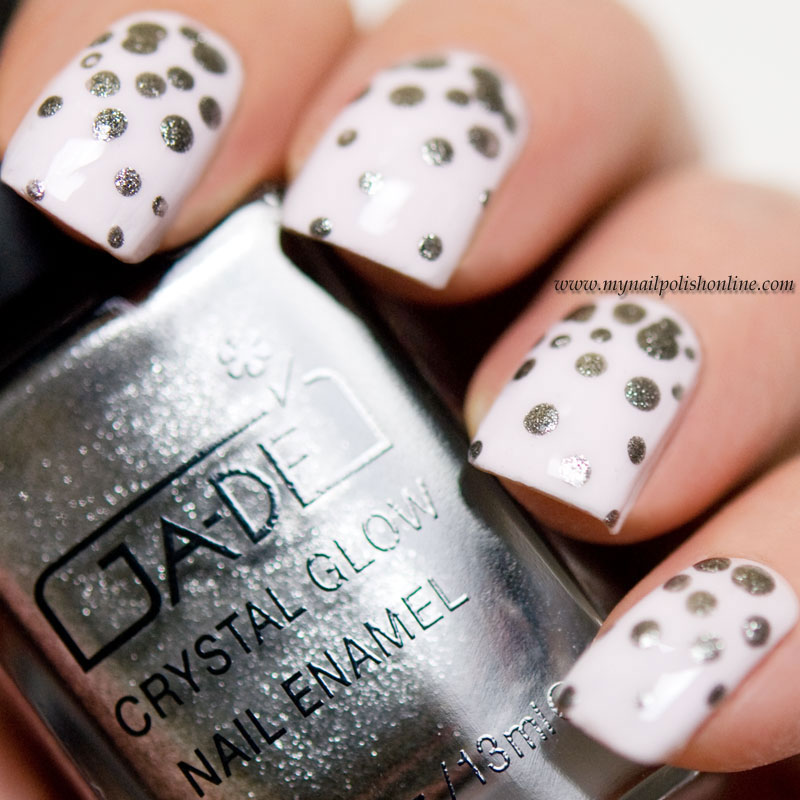