The 31DC2015 is soon coming to its end and today’s theme is inspired by a flag.

During 2013 and 2014 I chose the Swedish flag as an inspiration but for today I’ve already had this manicure that I’ve done for a while ago for Hail the Nails that was just so right so I had to use it today :D . Because it’s been some months since I’ve done the manicure, I don’t remember which polish I’ve used as a background but I guess (from the picture) it’s the blue one coming from Ciaté’s Haute House collection named Knee Highs. 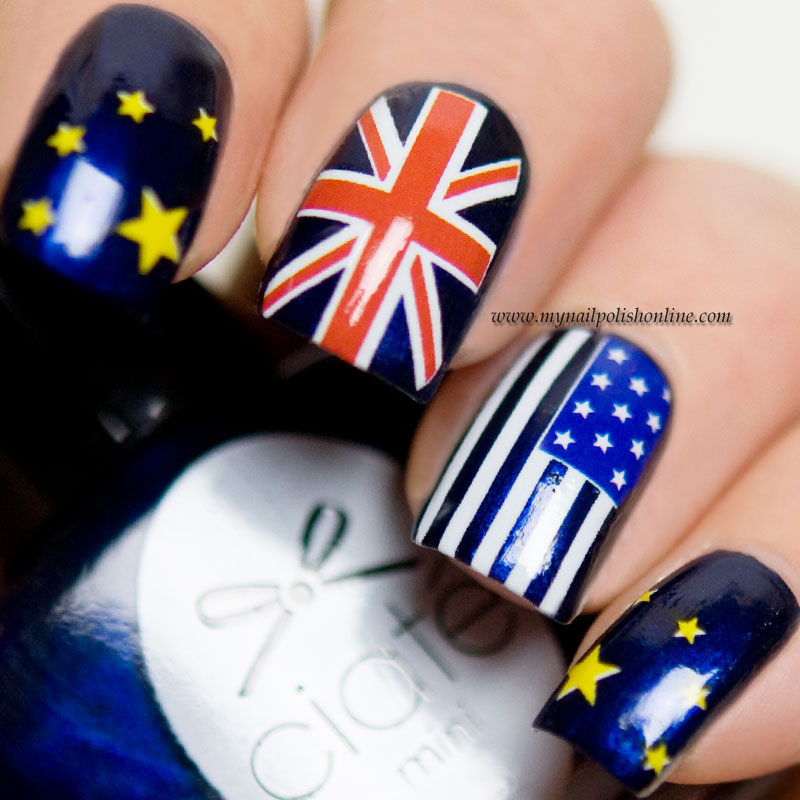