Ever since I’ve found out the Pipe Dream Polishes were great for marbling I’ve been thinking of doing some water marbling with them. I’ve had them for some months and now it’s time to try their marbling magic ;) And I must say they are among the easiest water marbling polishes that I’ve tried!

For the water marbling below I’ve used the yellow “Light of Day” and “110 degrees” and created a flower pattern for every nail. I’m usually going for the quicker sideway stripe pattern where you get to dip all four fingers at the same time but I really enjoyed the pattern I did on these nails last time I was marbling and I wanted to recreate that.

Both polishes are coming from Edgy Polish. 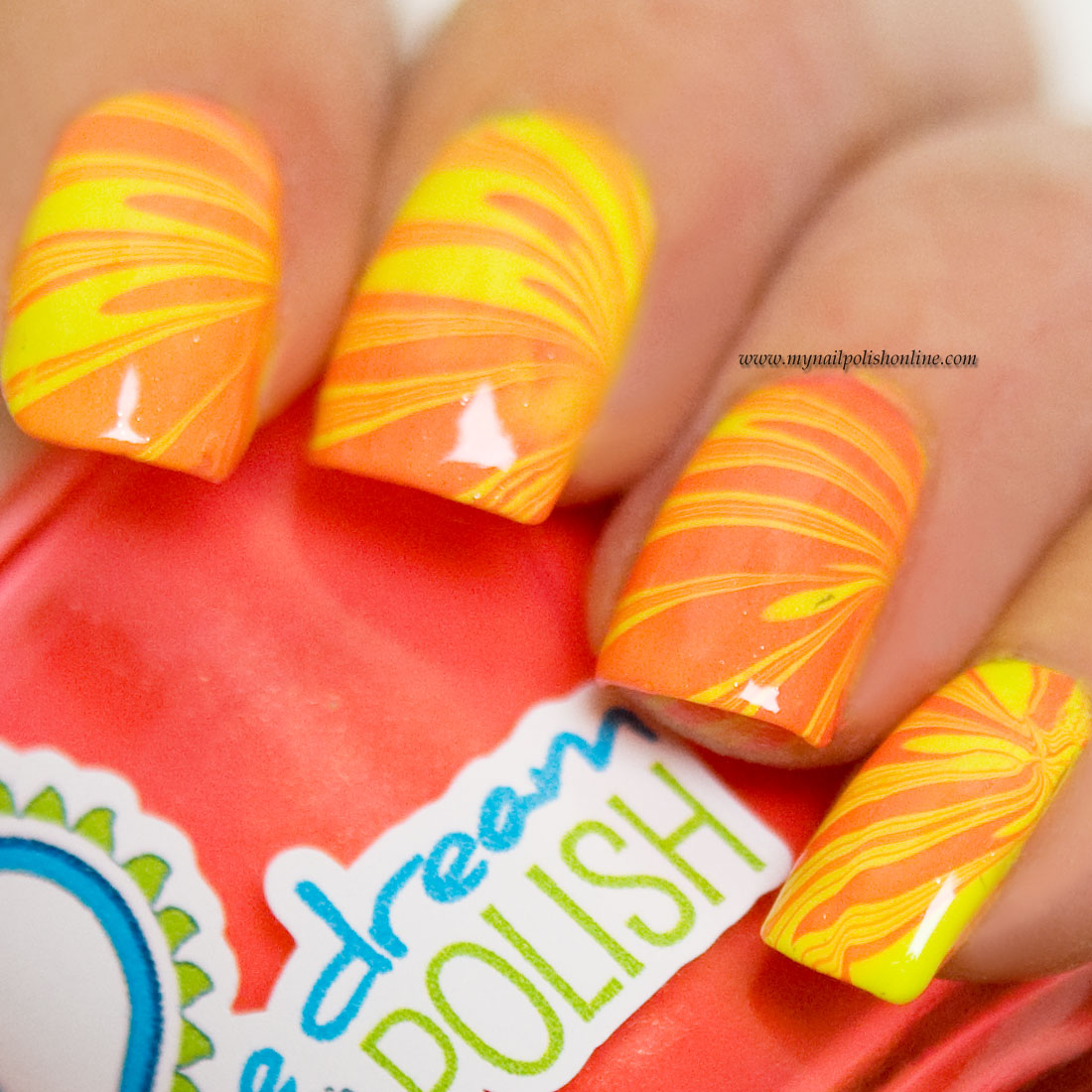 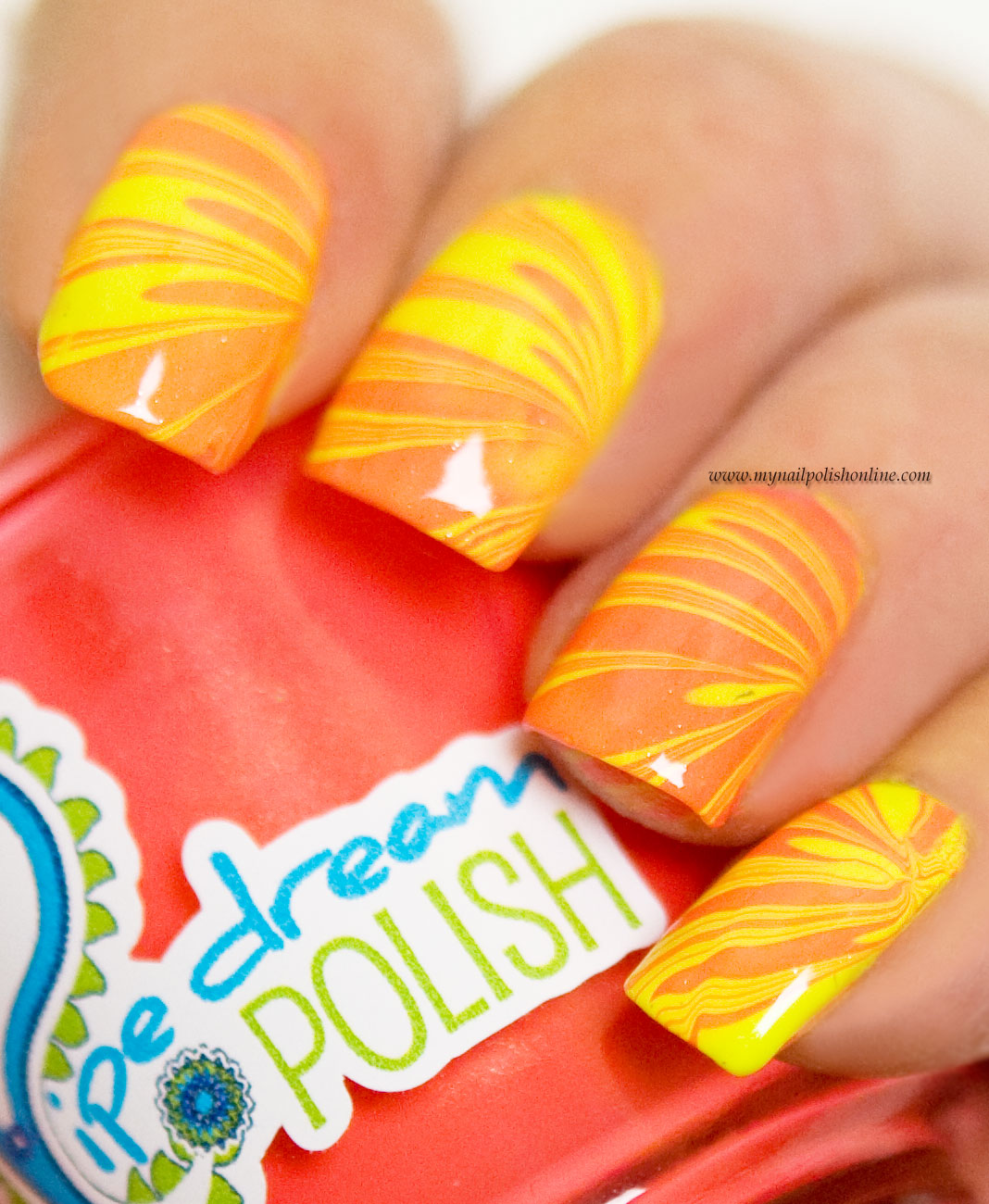