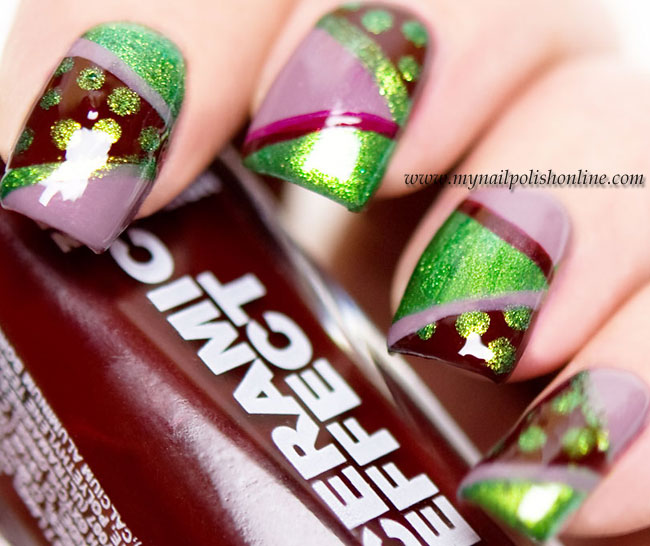 All three polishes shown in the guest post were part of the Ceramic Effect series that Layla is releasing. The shades are called Vamp Red (you’ve seen this one a couple of days ago on the blog), Romantic Laven which is the beige one in the picture above and golden green, which has a green metallic finish. I’ve surprised myself by doing a tape manicure combined with dots and a couple of stripes on every nail and liked the effect. See the rest of the blogpost here. 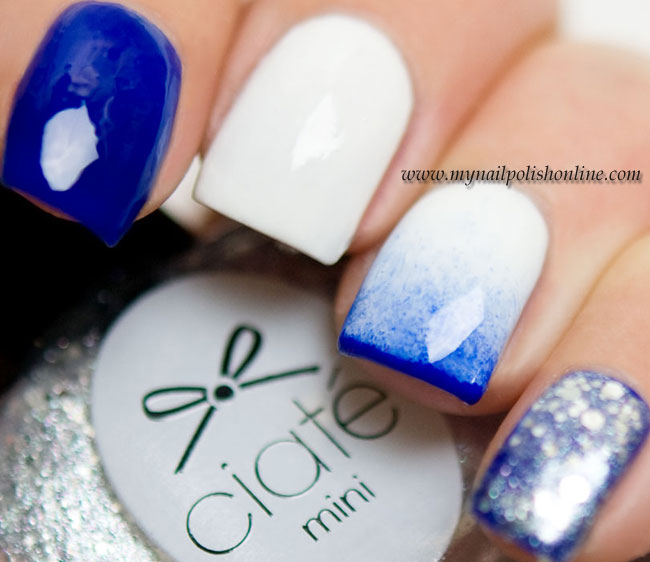 The second blog post was featured today and it’s all about the Big Beauty Bus coming from Ciaté. The package contains six mini polishes, five cremes and an absolutely gorgeous glitter named Locket. For the nail art I’ve done an accent nail with a gradient going from the white polish (Snow Virgin) to the blue one (Pool Party), not really ending in the bluest blue but somewhere in between the blue and the white. I did a funky French at the end of the gradient with the blue. For the rest of the shades and the rest of the blogpost (in Swedish) go here.