Today’s theme for Nail Art Sunday at Lelack is free to choose. I was feeling in the mood for wearing something girly the other day so I picked up one of my favorite soft pinks coming from Essie, Go Ginza. I was also wanting to wear a glitter on top of that, a light colored one. I chose a beautiful glitter topper from Cirque with the name Lullaby which I’ve showed you before here. 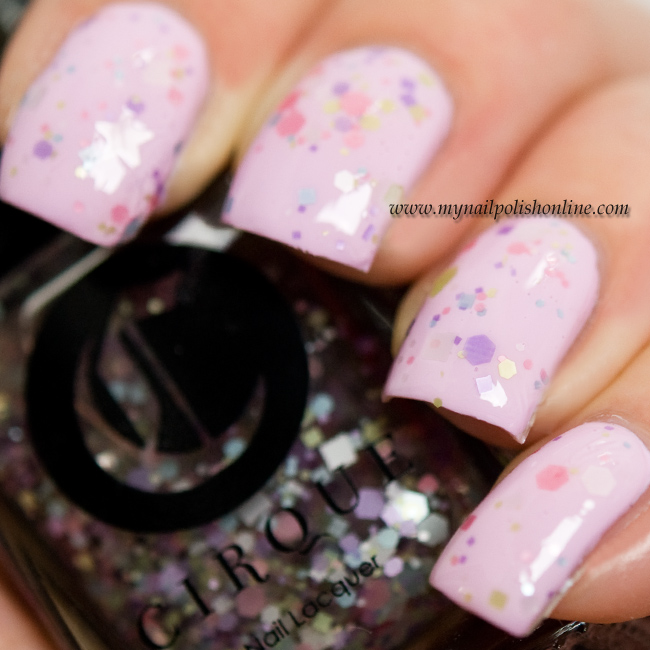 I thought I was finished with my manicure but after a couple of hours I wanted more! I went for a nail art technique that I meant to try like forever namely one stroke nail art. I’ve exercised a little bit on paper before going on to the nails and I think it’s a hard technique to get right. I’ll keep exercising though and I hope to paint more one strokes in the future. It won’t be in the near future though but I’m hoping to get to try this again after my summer vacation that is coming closer and closer!! It’s still over a month left though so you never know :D For the nail art I’ve watched a couple of videos by Cute Nails on Youtube and this is the video that I’ve used as a tutorial. I’m not 100% happy with the result but for a first try, it’s OK. 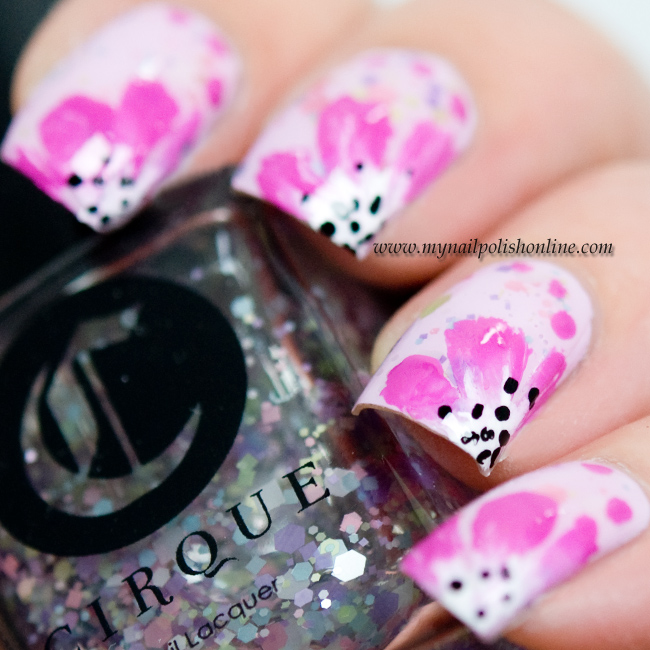 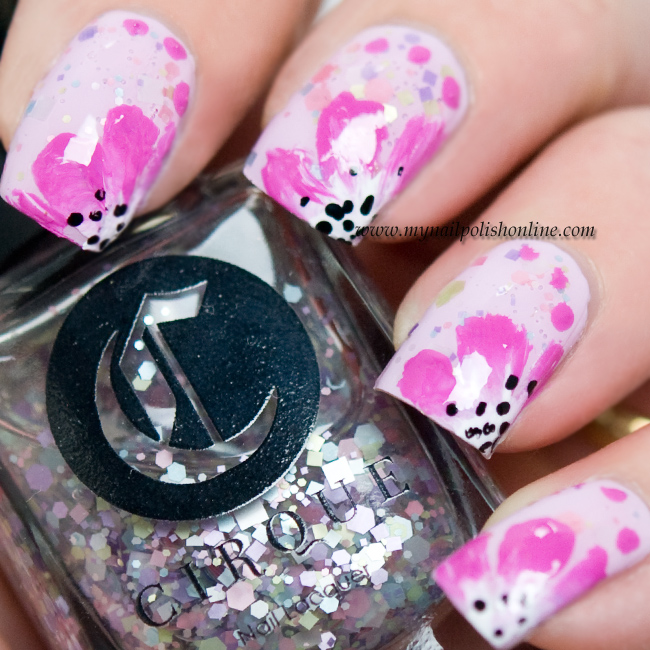