My second polish from Mentality is Cobbler which is a beautiful light blue polish with darker blue tiny flakes. The polish is easy to apply and dries matte. I actually love it matte but I ended up wearing shiny due to the nail art shown below. Two coats were enough to cover entirely and it dried pretty fast. The second picture is with a topcoat but you can see it with topcoat on the last picture too, together with the nail art! I think it’s such a lovely spring color! I’ve got Cobbler from Edgy Polish which has a great variety of Mentality polishes, both light colored, darker and even some holos! I’ll be definitely wearing this on it’s own in a near future but right now I thought this was the perfect background for my next nail art that is part of the #busygirlnails Winter Nail Art Challenge with the theme – Blue! 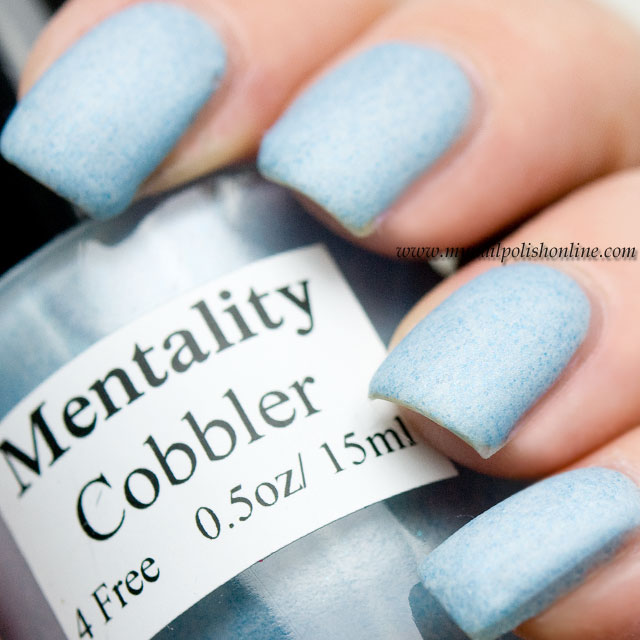 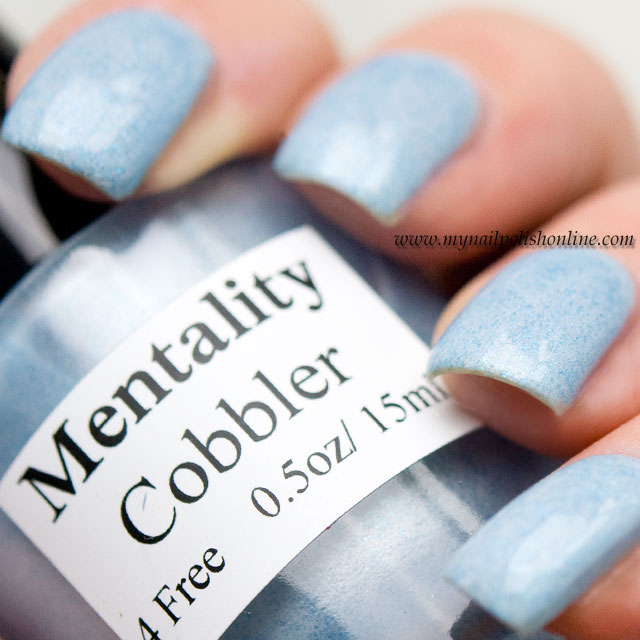 For the nail art I started by stamping an accent nail with Mash-38 that has tiny hearts. The stamping polish is actually a holo (China Glaze – Take a Trek) but you can’t see the holo effect in my picture due to the indoor and artificial lightning that I’m using for the pictures. I thought the contrast between the background and the pattern would be bigger than it ended up being but I kind of like the subtle stamping. For the other nails I’ve done a waterfall manicure with China Glaze – Take a Trek and OPI – Keeping Suzi at Bay. Stamping is actually a lot of fun, I think I’ll need to explore that a little more soon! 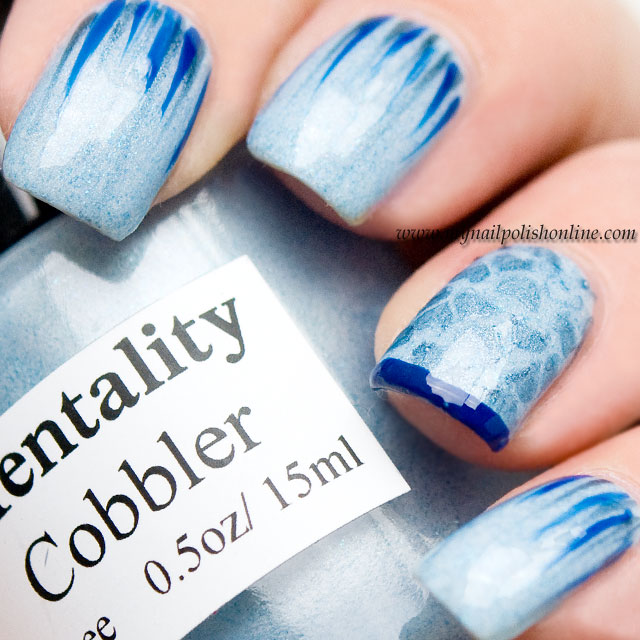