Celestial is a brand that I haven’t tried before but I’ve seen their pretty polishes around for a while so I was quite happy when I saw that Edgy Polish has recently started to carry this brand. Today I want to show you two polishes coming from this brand, the beautiful Cosmic Ray and Celestial Night.

Celestial Night
Celestial Night has a purple shimmer base that has a silvery look. In that purple base there are different sized holographic glitters infused. This one applies easily on the nails almost covering in one coat but needing two coats for completely coverage. The purple shimmer base is lovely by itself but the extra glitters add a little extra something to the polish. I wish the glitters were more visible though and I also wish more of them would have transfered to the nails but having such a beautiful base that isn’t quite necessary. 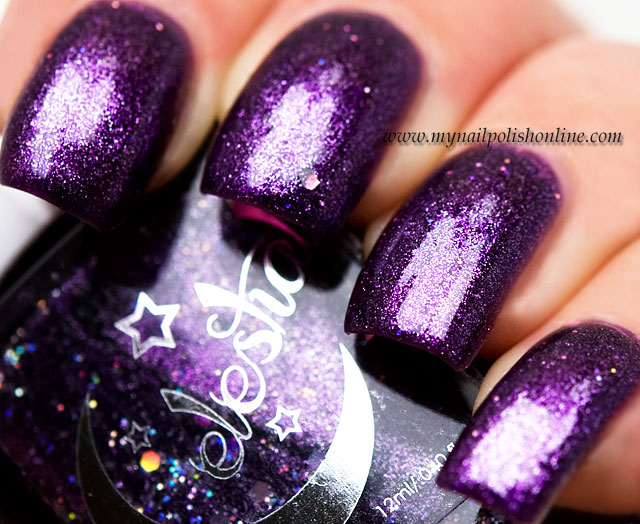 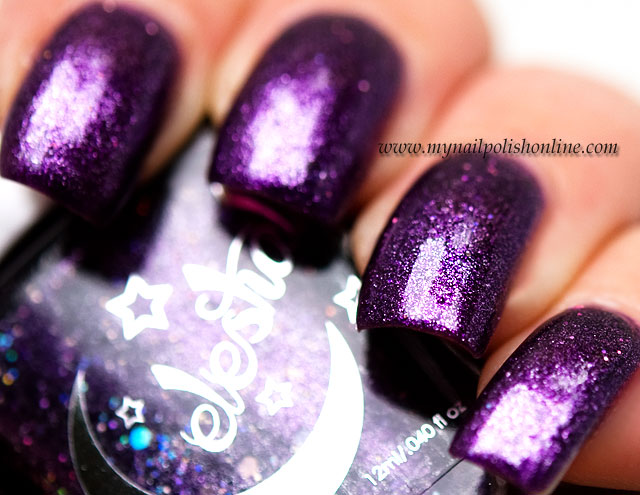 Cosmic Ray
There is always something squishy and lovable about jellies and when they come with extra glitters and white flakes they are definitely getting my attention. Cosmic Ray has a dark blue jelly base that actually looks blue and not black on the nails. Maybe it’s because of the silvery glitters and the white flakes that makes the polish look blue, or maybe it’s just the shade.. The pigmentation is really good and you get full coverage in two coats. Two coats will also layer the glitters a little more giving the polish more depth and a little bit of a jelly sandwich feeling. 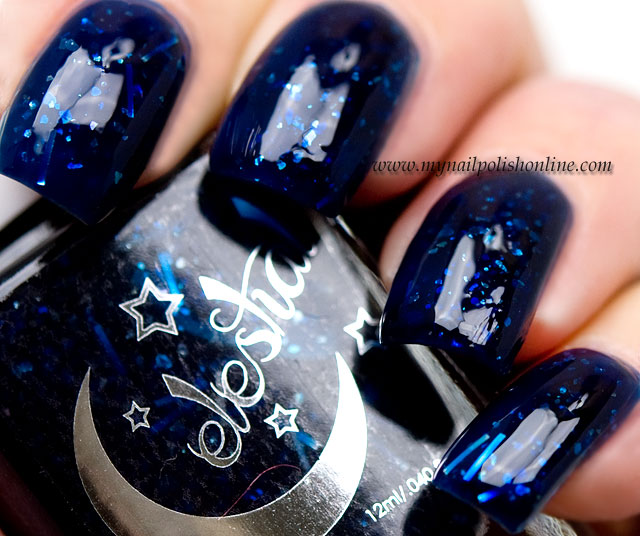 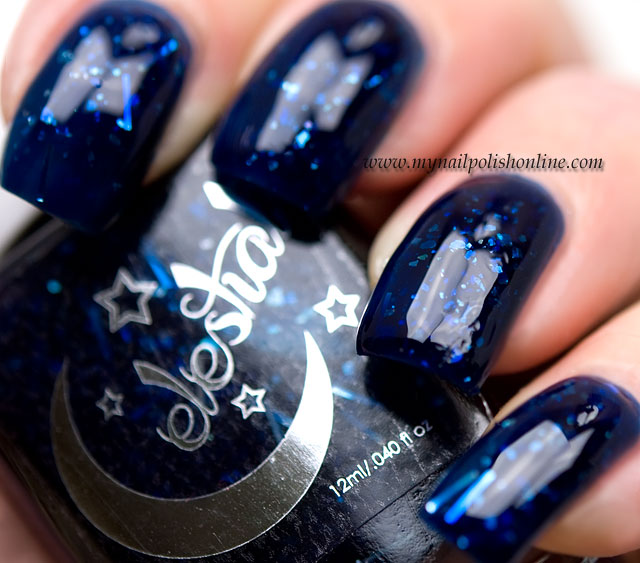 Conclusions
I love both Celestial Night and Cosmic Ray in different ways. I was afraid Cosmic Ray’s string glitter would be disturbing but it really completed the polish in a nice way. Also Cosmic Ray has some similarities with Tibetian Nights from Cirque but not enough for them to be dupes.
What do you think about these polishes? Is any of them calling your name?

The polishes are coming from Edgy Polish.