After having longer nails for a while I’ve suddenly felt like taking the length down a little bit. This was partially because I’ve had a nail breakage a couple of weeks ago and after the repair the broken nail had grown long enough to cut off the patched part. I was kind of happy to cut the nails shorter! It’s like having a new haircut :D Now I wonder if I really do want the nails that long again.. I’ll have to think about that..

One of the first polishes that I’ve tried on my shorter nails is the lovely Beautyberry Gumdrop comming from Smitten Polish. Smitten Polish is an indie brand that I’ve seen around on blogs but it wasn’t until Sminkan had shown the Berrydrops collection that I really fall for Smitten Polish and got half of this collection. The light lavender base has something very spring-ish about it and the transparent flakes really make this polish stand out among the other indie brands. I’ve been wearing this polish earlier this spring when I had longer nails. The polish covered in two coats with the shorter nails and three coats with the longer nails. 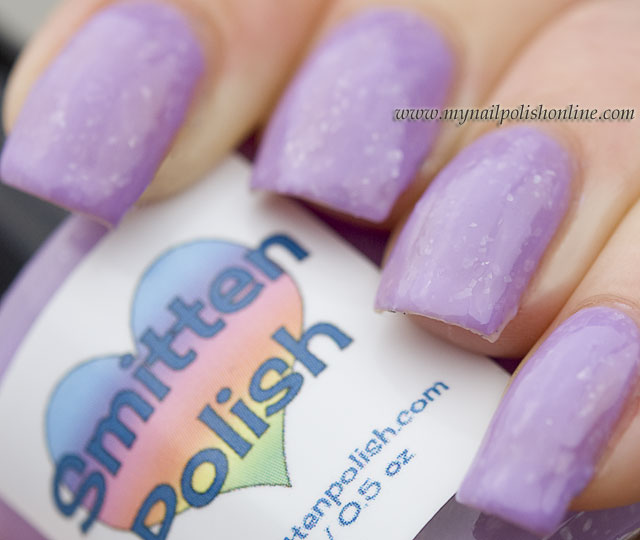