The leopard pattern seems to be a pattern that I’ve returned to a couple of times and that is very easy to achieve once you’ve learn how to do it. I wanted to share with you today three variants of  leopard print that I’ve done the last couple of months that I haven’t shown you yet. These manicures are shown as part of the Nail Art Suday at Lelack.

The first manicure is done with Catrice – Take it Mint, a very nice mint green that I’ve got in a swap I’ve done with Shannara of Nails and Stuff. The leopard print is done with OPI- French Quarter for your thoughts and Essie – Power Clutch. 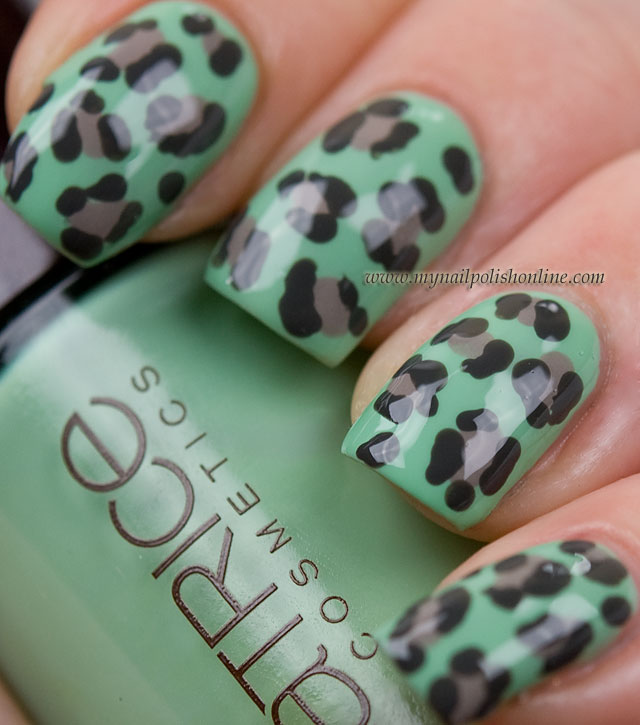 The third manicure is the one that is the most recent too. I’ve been using Sephora – City Amazon as a base and OPI – Thanks a Windmillion and A-Englad Dragon for the spots. 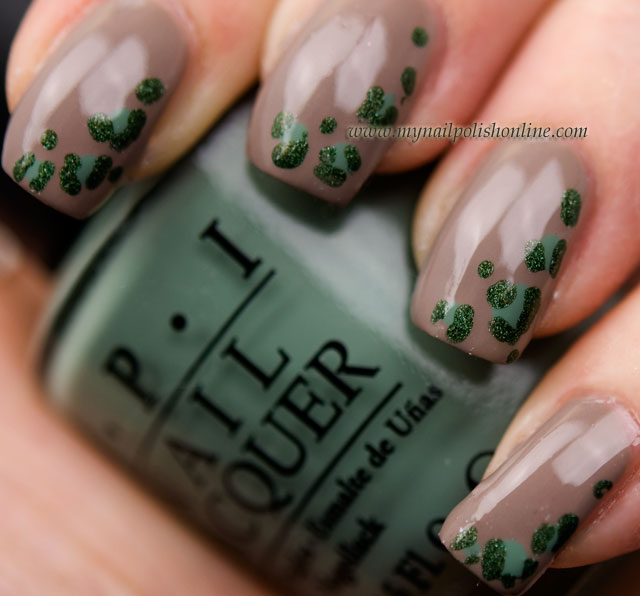 Have you tried to freehand leopard print yet? Which manicure is your favorite of the above ones?