Such Sweet Sorrow is a beautiful pink jelly with hexagonal and squared glitter. There also seem to be some tiny glitters infused into the pink jelly base. The polish covered in two coats and there was a little bit of VNL that isn’t visible in the picture. That didn’t bothered me though and I think that VNL gave the polish an even more jelly-ish look. I’m sure a third coat would have made the polish completely opaque. 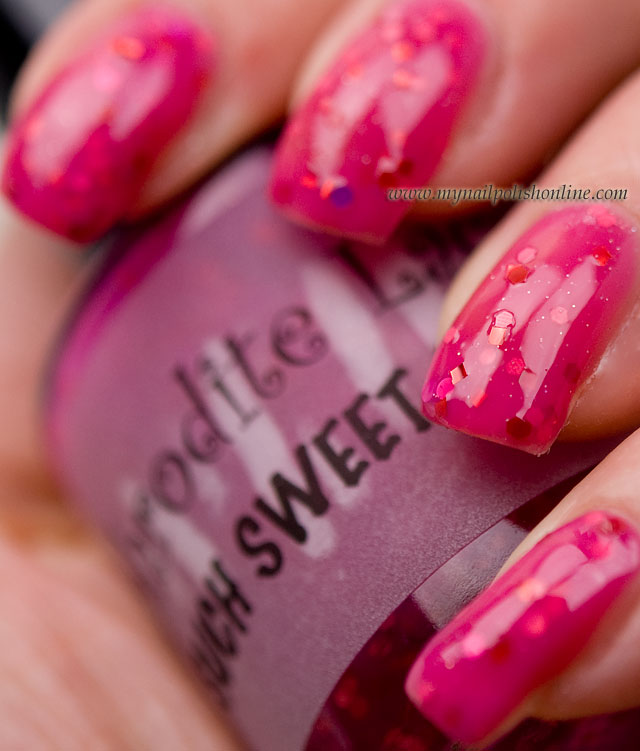 Violent Delights covered in three coats. This is a white based polish with lots of fun glitters. Into that white base there are pink, red, purple and white round, hexagonal and square glitters. So lovely! I think the combination of a white base and white glitter is just so cool! 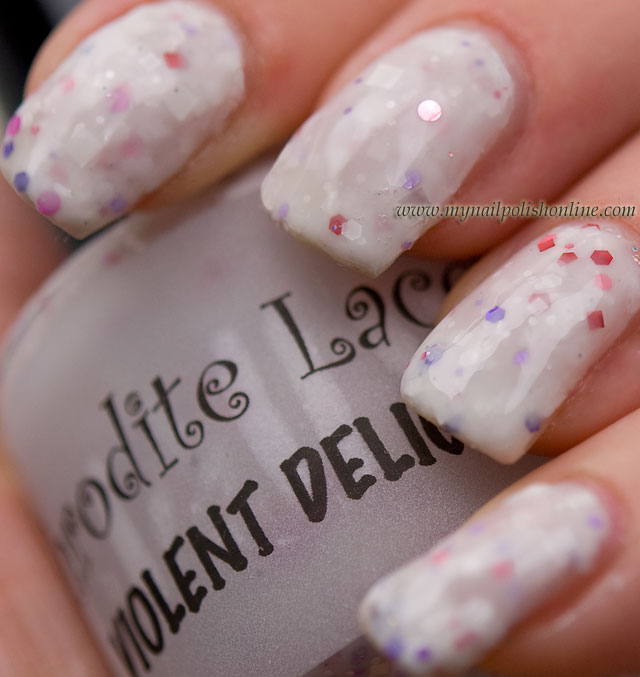